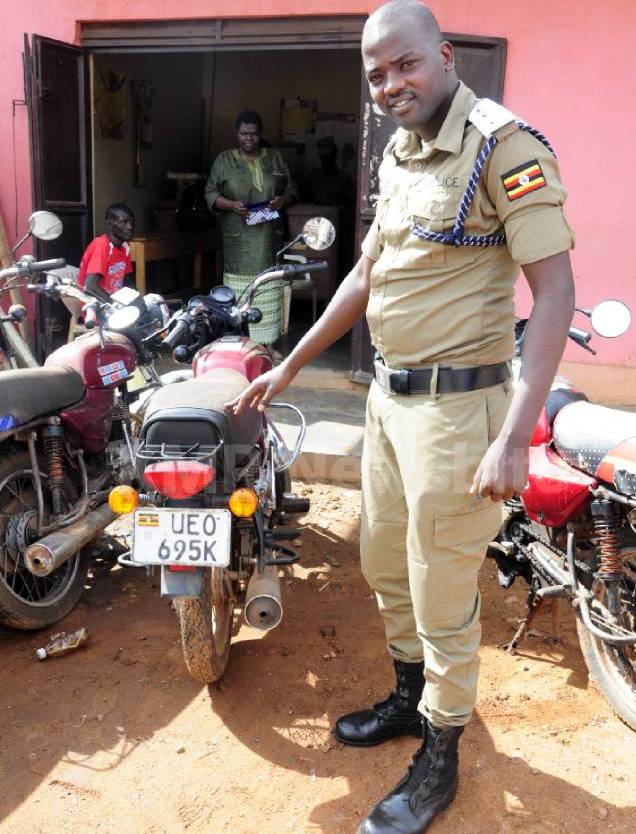 KAMPALA – Robert Okello was found with a new motorcycle having an old number plate (UEO 698K) in Amuriat district. Residents got suspicious and immediately alerted Police.

He is now a suspect after he was arrested following the tip-off.

Okello is suspected to be an iron bar hitman belonging to one of the gangs notorious for robbing bodaboda riders of their motorcycles.

Police, in a statement, said they found him with a list of 18 number plates which he could not account for.

Later, after his arrest, it was discovered that the motorcyle Okello had been found with was stolen property.

“Upon Okello’s arrest, we co-ordinated with our emergence response unit, who confirmed that the motorcycle found in his possession was stolen and reported missing by Gerald Mubangizi, a resident of Kikaaya,” Police said in a statement posted on their Facebook page.