Born on July 11th: A Reflection from a Ugandan in the Diaspora 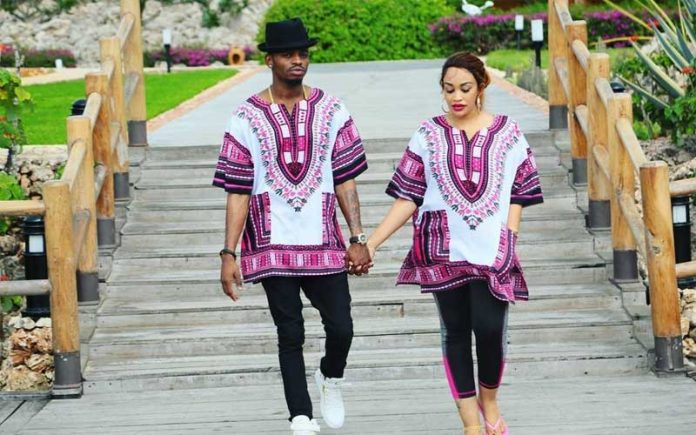 During the one-year anniversary of terrorist bombings in Kampala, one of the worst tragedies in Ugandan history and the world, yearly birthday parties and celebrations take a backseat to memorial services and candle light vigils—and rightly so.

I woke up this morning in a contemplative mood, undeniably ambivalent about how to feel as I watched the images on my computer screen and read the heart-breaking stories of the victims’ families and friends. I was born 29 years ago on July 11th and the date was always welcomed with joy and happiness. I never thought that one day it would signify so much sorrow for so many.

I kept thinking that no amount of balloons, candles, birthday cake, or gifts can make me forget the horror I felt when I watched the television screen a year ago today to see the words “bombings” and “Uganda” flashed across the screen in bright red. I remember frantically calling my mother to tell her to turn on the T.V.
Ugandan writer Arao Ameny reflects on the tragedies back home one year ago.

I remember calling family members to check to see if they were safe or to see if friends were affected. I was uneasy, knowing that the country where I was born, and love dearly, was all of a sudden, a target of terrorism.

Angrily, I read that Al Shabab, a radical Islamic Somali-based terrorist group, affiliated to the Al Qaeda, claimed responsibility for the 7/11 bombings, stating that it was revenge for Uganda’s involvement in Somalia.

I couldn’t understand how something like this could happen and that is when I realized that the day of my birth, which I equated with happiness and joy, would be forever changed…

Out of respect for those who perished, for the lives lost too early, for the youth who did not have a chance to realize their dreams, I decided to celebrate a day earlier. In respect of my fellow countrymen, for Ugandans and others, who lost their lives on that day, I choose to honor this day as a day for prayer and meditation for families that continue to endure the painful aftermath of such a traumatic event.

I choose to honor the memory of the ones lost by reflecting on what we can do as Ugandans—those of us in the Diaspora—to ensure that such a tragedy is never repeated again.

From my experience, as Ugandans—even those of us with U.S. Citizenship—we shy away from civic engagement, equating it with politics. Being an active participant in civil society doesn’t necessarily mean entering politics, joining political organization or being a politician. We can write letters to the politicians who represent us asking them to speak out against terrorism in Africa. We can hold forums, meetings and dialogues informing our neighbors and friends here in America about what is happening in East Africa. We can use these platforms to make them aware, to make them care, since terrorism is not just a Ugandan problem but more so a global problem.

We can educate ourselves about American foreign policy efforts on the African continent and even write letters to our public officials to request that they take a greater interest and role in anti-terrorism efforts in East Africa and Africa in general.

We can educate ourselves; join non-profits, non-governmental organizations advocating peace and anti-terrorism programs. We can mobilize and even ask our embassies here in America to formally update us on what the Ugandan government, in partnership with other countries, is doing to lessen terrorism in our country.

We cannot be silent. We cannot wait.

We can forge relationships and alliances with our Somali brothers and sisters in the Diaspora to start and maintain dialogue. We can form partnerships and relationships with them to begin conversations, not about ideological differences, but about peace and anti-terrorism, to move the East African region forward, and in turn, moving Africa forward.

Today, I choose to remember my fellow fallen countrymen, though we were miles apart watching the same World Cup final, one bond inextricably bound us together—love for our country, Uganda.

Today, I use this day to pray for peace and security.

On July 11th, people died but their legacy and memories bore many more patriots. Their lives were lost but many more Ugandan patriots were born on this day.

So, on this birthday and many birthdays after, I chose to honor the lives of those lost because in my heart, I cannot, with a clear conscience, celebrate my own birth, without taking a moment to acknowledge the death of so many more.

Out of reverence and respect for the ones lost, I choose to use July 11th to reflect on the ways I can contribute and give back to a country and a people that have given me so much—a sense of identity, a sense of community and the value of collective responsibility—giving back to those who have given to you.

In order for us to honor the memories for those lost, we have to work hard to ensure that our government, our leaders and the politicians who represent us, are working hard to make Uganda secure and safe. We have to hold the partnerships of Uganda and the States, the African Union and all others, accountable to ensure that our common enemy—terrorism—is defeated.

When the 9/11 attacks happened on American soil, I was horrified at what had happened to a country that had become my adopted home. When 7/ll attacks occurred, I felt the same uneasiness and it was hard to accept that terrorist attacks had also occurred in Uganda as well. I couldn’t imagine attacks in two countries that have inevitably and inexplicably shaped and even changed my worldview. I had always felt like I’m living in two worlds, with one foot in Uganda and other in America. On that day, my two worlds collided.

I am a Ugandan-American woman who chose to celebrate my 29th birthday on July 10th instead of July 11th because I did not think it was appropriate to celebrate on a day of mourning and sorrow of a nation I love dearly. Even though I have lived abroad and have done so for most of my life now, I still have a strong connection to events that occur in Uganda, a place that my parents taught me to know as “home.”

Even though I disagree with Museveni on many things, today I wholeheartedly agreed with him on this.  As president Museveni addressed Uganda on Sunday, he said, “As we remember our citizens who lost their lives at the hands of terrorist bombs planted in Kampala, on 11th July, 2011, I send my deepest condolences to their families. I want their families to know that we will never forget this tragic day. We will always mourn for the youth and vigor destroyed by senseless terrorists.”

I was also humbled by the American response to this sad day for Ugandans around the world.

Jerry P. Lanier, the U.S. Ambassador to Uganda, said “The American people send their condolences to the people of Uganda and all nations affected by the terrorist attacks in Kampala a year ago. We send our thoughts and prayers to the loved ones of those who were killed or injured. On this day, we are reminded of the strong bonds that unite us as we work together to protect our people from perpetrators of terror and those who seek to harm us.”

Uganda and America must work together to fight our common enemy, terrorism, because it affects our common future, the youth.

Uganda's opposition, especially those DP lovers are up at arms against Mao's DP and...
News

By Odongo Lango There are times when the news cycle is sluggish. Things happen slowly...

Uganda's opposition, especially those DP lovers are up at arms against Mao's DP and...
TodayNews