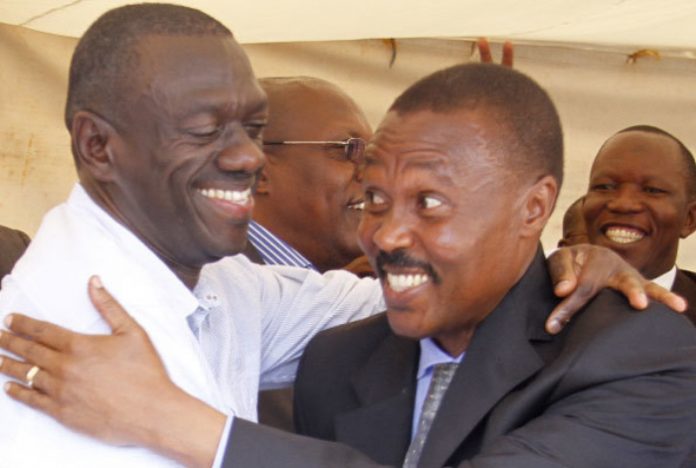 KAMPALA, Forum for Democratic Change, Uganda main opposition party has rejected a meeting called by President Yoweri Museveni. According to the party president Gen. Mugisha Muntu, FDC has snubbed the meeting because the invite is not formal and it agenda not known.

“FDC is not run like a market. You do not just call us and expect us to coming running for your meeting. President Yoweri Museveni   should have written to us official as a party indicating the agenda of the meeting,” he said.

President Museveni is reported sent invitation to FDC councilors in Kampala for a meeting over the weekend. Some of the councilors are reported to have attended the meeting on Saturday.

Let President Museveni remain with his food at State House we shall not attend the meeting, one councilor said.

“Have they been tied on ropes to go and meet the President (Museveni). If they are seeking to rule Uganda how will they serve Ugandans if they cannot talk with those who share the same political ideology?” Opondo said.

President Yoweri Museveni is expected to be sworn in on May 12, 2016 after winning the February 16, 2016 election with 60 per cent while his political rival Dr. Kizza Besigye got 35 per cent results that opposition contest. Besigye claims he won the election with 52 percent, while President Museveni got 45 percent.

Opposition has threatened to protest aimed at disrupting the swearing ceremony an act police vowed to crash.

In 2011, opposition held several protests as Besigye returned from Nairobi Kenya where he had gone for treatment after being paper sprayed by Police Officer Gilbert Arinaitwe. The nasty incident happened at Mulago round about when police used a hammer to break in Besigye’s car and after arrested tim.