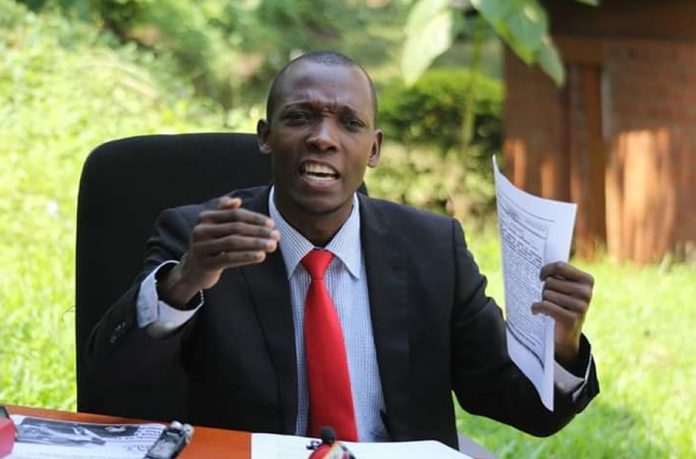 Kampala City lawyer Muwada Nkunyingi has asked the Electoral Commission (EC) to provide him with copies of academic papers of President Yoweri Museveni for the 2016 general elections.

In an August 24 letter to the EC, Muwanda referred the EC to the 2016 presidential elections where Museveni, the National Resistance Movement (NRM) was nominated candidate.

“The Electoral Commission under the Uganda’s legal framework must not only organise and supervise elections but must independently adhere to set statutory framework to which candidate Yoweri Kaguta Museveni presumed to have presented verified academic documents before nomination as a presidential candidate in 2016,” reads the letter received on August 24.

According to Muwada’s letter, it is a known historical fact that candidate Museveni initially ascended to the presidency by force and was never vetted.

“The promulgation of the 1995 Constitution incorporated statutory minimum academic requirements. Being that he still remained the appointing authority of those to vet his papers. It is uncertain to me as a Ugandan that the said candidate has ever complied,” he said.

Muwanda wrote that the recent abrupt resignation of the Electoral Commission secretary and other key commission staff rumoured as a dismissal in the media further widened his doubts.

“As an advocate, a Ugandan and registered voter, I must stand to defend constitutionalism and the rule of law. Pursuant to the Access to Information Act, I now herein request for copies of certified academic documents as presented to the Electoral Commission at the 2016 presidential elections by candidate Museveni upon which I will make an informed opinion on the next course of action,” reads the letter.

Through his law firm, M/s Muwada and Company Advocates, Muwada is seeking for Museveni’s academic papers submitted for nomination as presidential candidate in 2016 presidential elections.

Last week, another Lawyer identified as Loyce Apia petitioned the High Court seeking orders to compel the Electoral Commission to avail her with all academic papers of Museveni.

If the petitioner succeeds in having court force the Electoral Commission to avail Museveni’s academic papers as it did to Mabirizi, it could help to settle the over three decade long debate on his actual age and level of Education. Court will hear and determine the petition next week.

Earlier on, Lawyer Male Mabirizi asked and got the academic papers of Kyaddondo East MP Robert Kyagulanyi Ssentamu alias Bobi Wine after observing some disparities in his age and education.

According to what Kyagulanyi reported to the public about his age and education, it would mean that he sat for his A levels at an incredible age of 15 years where the majority of Ugandans at that time would be in primary seven or senior One.

Under the 1995 Constitution as amended, the Presidential Elections Act, 2005 as amended and other statutory provisions, it is trite that a person nominated as a presidential candidate must hold and possess the minimum statutory and formal academic qualifications of and or equivalent to advanced level standard (UACE).