Mao to Contest Museveni in 2021 Elections 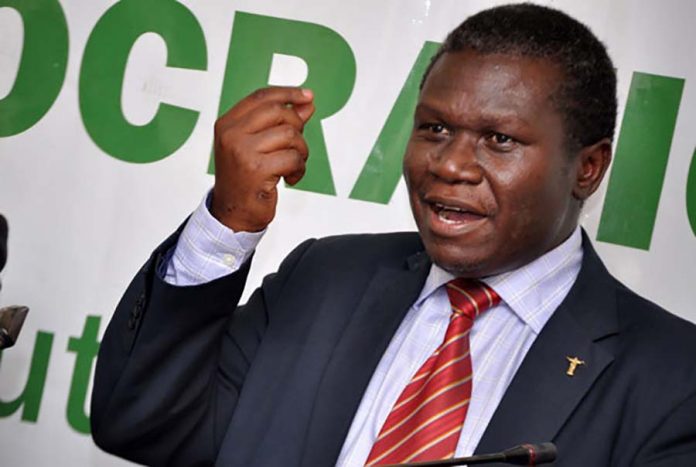 The Democratic Party Uganda – DP president, Norbert Mao has declared his intentions to run for the position of the President of Uganda in the forthcoming general 2020/2021 elections.

Mao, one of the great political debaters is coming for a second attempt to contest President Yoweri Museveni for the highest political position in Uganda.

During a DP Press briefing on Thursday in Kampala, Mao said it is high time DP took up the top position in the land.

“As Mao ,I am also a Ugandan. I have the ability to stand. The Constitution allows me to contest. I have all the qualifications to take up the position,”he said.

Nobert Mao last contested in the 2011 Elections, where he garnered only 147,917 Votes, which is 1.86% of the total vote count. During the contest he came third after Yoweri Kaguta Museveni and Kizza Besigye.

Despite his poor performance in the 2011 Elections, Mao scoffed at the critics who are opposed to his candidature. He warned that those making allegations against him that he is a spoiler want to drive a wedge between him and other opposition actors.

“People are saying that I won’t even get 1% . They are saying I don’t have supporters but when I say I am going to contest for the president, there is a lot of discussion on the matter. I don’t know why,”he said.

He added on that his intention to run for the highest office in the counry should not be limited to either his tribe or party but his manifesto.

So far several candidates have joined the race to contest Museveni who has held the presidential office for 34 years. Some of the other contestants include Kyagulanyi Robert Ssentamu aka Bobi Wine of the People Power, Mugisha Muntu Oyera of the ANT Party, Joseph Mabirizi, Joseph Kabuleta of the Rock Pressure Group and more.