More
HomeNewsPoliticsFedero! Give Us Ebyaffe

Federo! Give Us Ebyaffe 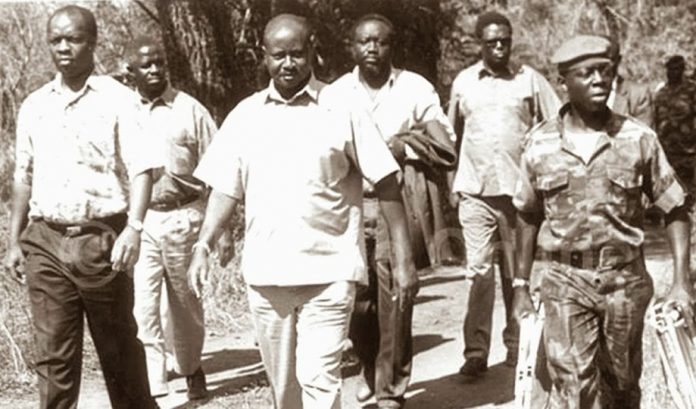 THE government and Mengo Kingdom officials have agreed on a regional government for Buganda, with one regional assembly and an elected chairperson.
It has also been agreed that the Constitution be amended to say Kampala is located in the Buganda region but shall remain the capital city and a national asset administered by the central government. It will also remain outside the districts of Buganda. Nakasongola is not listed among Buganda’s districts.

Cabinet had, in the White Paper, proposed that where there is a traditional or cultural leader, there should be two regional councils — one political and administrative and the other cultural. It had also proposed that where there is no traditional leader, there should be one political and administrative regional council.

But, according to a working document seen by Sunday Vision, the Lukiiko will be composed of not more than 98 members, 82% of whom shall be directly elected by universal adult suffrage.
The remaining 18% shall be representatives of cultural interests nominated by the cultural leaders.

The women, youth and people with disabilities may be elected through electoral colleges. The federalism issue has been contentious and talks between the two parties had stalled over the type of federation and the composition of the Lukiiko.

The districts of Kalangala, Kayunga, Kiboga, Luweero, Masaka, Mpigi, Mubende, Mukono, Rakai, Sembabule and Wakiso, which will include Mengo municipality, shall be deemed to have agreed to form Buganda’s regional government. The Lukiiko is to meet on Monday to deliberate on the issue.

A Cabinet minister on Saturday said the federo issue would be in the Constitutional Amendment Bill, expected in Parliament next week. “We shall converge to make the final document on Monday. That chapter will be in the Bill,” the minister said.
Attempts to reach Defence Minister Amama Mbabazi, who has been chairing the meetings, were futile as he was not answering his phone.

The Kabaka will be the titular head of the regional government and the assembly. He shall open, address and close its sessions and enjoy benefits and privileges as provided for in the Constitution.

In the White Paper, it had been proposed that the head of the majority side in the regional council would be elected to head the government.

The chairperson shall also be qualified to be an Member of Parliament and shall be not less than 30 years and not more than 75 years old.

Except with the approval of the central government, the regional governments shall have no power to levy direct taxes. They will only levy surcharges.
Special interest groups shall include one woman representative from each district of the region, three persons with disabilities and three youth and the district chairperson of each district in the region.

The regional government shall on matters of policy be under the Office of the President but on non-policy issues, it shall work with the relevant line ministries of the central government for the devolved functions like education, inter-district roads as well as regional referral hospitals.