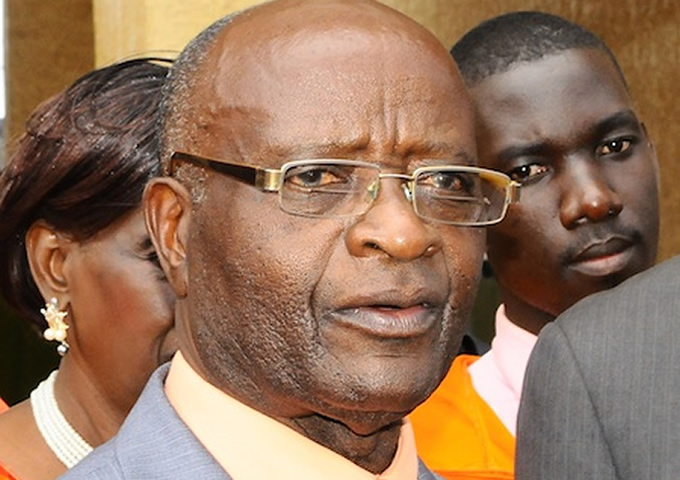 BIDANDI Ssali resigned as second vice-chairperson of the National Resistance movement Organisation late last year. In the letter below, he addresses issues President Yoweri Museveni raised in the letter in which he accepted the resignation

This is in reference to your response to my letter of resignation as second vice-chairman of the Interim Executive Committee of NRM. I am sorry I could not respond earlier because I was sick as you have been aware. For the record, however, I thought it was important for me to comment on some of your ‘opinions’ which I believe are wrong.

I say you are wrong Mr. Chairman in holding this view. I am not your enemy in any way; nor have I been your opponent. I am simply a sincere colleague who has committed himself to the service of this country as you have and who has always given his views objectively in the interest of Uganda.

What you call “inhibitions” is actually a simple caution from a sincere friend, given the fact that our contract with the people of Uganda as per your manifesto was that 2001-2006 would be your last term as president in accordance with our constitution which we painstakingly made hardly 10 years ago. I remember the only recorded reservation you expressed was on the provisions on land and the abolition of the name National Resistance Army.

After all I believe Mr. Chairman that every generation builds on the highest achievements of the previous one, the latter moulding and perfecting them to serve the new never-static environment as society evolves.

A close scrutiny of the 10-point programme will reveal that over 70% of its content has its roots in the Uganda patriotic Movement manifesto drafted by a small committee of our colleagues, including late Mugenyi, the late Bakulumpagi and Rwakakooko. They, in turn, promised them on the aims and objectives of UNLF. When we are off the scene those coming after us may author 20 or 30-point programmes as may be dedicated by the political and economic environment.

Look at the generation that evolved the Mutongole, Muluka, Gombolola, etcetera structure. I doubt whether anybody today can tag a name or names of those who originated the concept. Look at the generation that adopted that structure and renamed them sub-parishes, parishes and sub-counties. Recall the structure and operation of Mayumba 10 under the late Mwalimu Julius Nyerere or during the UNLF and relate these to the RC turned LC structure of the Movement. They all seem to share the same unknown grandsires who existed before us and obviously before the NRM.

The point I am making Mr. chairman is that the “new document” circulated at Kyankwanzi was a summation of what you and us your colleagues always discussed in different places for an including Cabinet, sub-committees, workshops, etcetera. You remember we had even come up with a 15-point programme amending the earlier 10-point programme.

If you look closer again, much of what is contained in all those documents (our vision) is shared by sister countries like Tanzania, south Africa, Botswana, Kenya and others, where some are already ahead of us. With those realities, it is difficult for anyone or group to claim ownership of originality.

insults
To the claim that I am insulting you, Mr. Chairman, my family upbringing and political mentoring moulded me well in dealing with my elders or leaders. I never insult them and if that is what you discerned in my letter then I owe you an apology. However, that upbringing and political mentoring also inculcated in me a clear conscience whenever I have expressed my views or tendered my advice to you as my leader on matters where I feel you are going astray to our detriment, and to the detriment of the country. Certainly you may disagree with my views or refuse to heed my advice, but you will be totally wrong to label them insults.

Funds
the claim that when funds are not passed through me it becomes dishing out money, insinuations apart, Mr. Chairman the point I was making was aimed at protecting the NRM as a party governed by the Political parties and Organisations Act which demands one to account for the sources of party finances.

The source of the funds I handled as your task force vice-chairman in 1996 and 2001 was owned by my candidate Mr. Museveni who under a different law accounted for it to the electoral commission. The source of that money had nothing to do with the MOVEMENT.
It is in this vein that I say that the MPs money was not sourced by the NRM-O but by the chairman of the Interim Executive Committee as an individual. Hence your statement, “I authorised it” instead of, “the IEC authorised it.”

On the statement, “Undermine the cohesion of the movement… I will oppose you,” Mr. Chairman I assure you that in all my communication with you on matters of the future of our country, I have never done so with the intention of undermining the Movement. On the contrary the thriving intrigues perpetuated by palace politicians around you is undermining the Movement. It is these intrigues that have alienated many of us your colleagues, friends and others who form the NRM.

Your own Prime Minister, hopefully not shedding crocodile tears, has given testimony to the prevalence of intrigues which according to him “were undermining” the Movement. He was addressing movement members of Parliament, according to the press.

Succession
On Bidandi Ssali is “vehement” in his stand that the constitution must be arranged in such a way that Museveni will never again provide top leadership, Mr chairman, you are definitely imputing wrong motives on my part. Surely I am not the one talking of rearranging the constitution. It is your lieutenants the kisanja crusaders who are campaigning for the rearrangement of the Constitution so that you can stand again come 2006. They are busy manipulating and blackmailing the population and prophesy doom if Museveni does not come back in 2006 with claims like, “there is nobody in the country who can take over from Museveni”.

My plea was and still is that we, under your leadership, should not seem to be so vehement in rearranging the constitution in order for you to be President again. Mr. chairman, even at this late stage of our political transition, I still believe that you hold the key to a peaceful transition and the future stability of our country. This will not be by you providing “topmost leadership”, that is by being president, but by honouring your promise in our manifesto and the provisions of the constitution you promulgated only 10 years ago.

One of our cardinal obligations to the future of this country as of now is to create and foster a political environment in which political institutions like the NRM can be established and to ensure democratic institutions which will ensure democratic and sustainable succession in the governance of this country.
They alone will produce your successor and the successors of those who will be Presidents after you.

As for individuals, I beseech you to believe that there are quite a number of capable Ugandans within the Movement and without, who can take over from you. All that is demanded of you and us your co-leaders is to support the process and eventually support whoever will emerge.

Other issues
Finally, Mr. Chairman, once again want to express my apprehension on other pertinent issues touching the NRM and the country.

For instance, the approach to the formation of NRM branches. It is very unfortunate that the third term saga has derailed the healthy formation of the NRM to such an extent that support for kisanja that is, Museveni determines support for the organisation. Every Uganda opposed to a kisanja for Museveni is automatically branded anti-NRM by many of those mobilising for the party.

Mr. Chairman any organisation founded around an individual is certainly bound in shallows and misery. It is also sad to watch cadres premising recruitment on financial promises and lures under the guise of fighting poverty.

Leadership insensitivity
It is amazing the way we leaders have become so insensitive and therefore unreactive to many of our actions, which have produced loud cries from the society. Take for example;

a)The way we have justified and even glorified the ‘facilitation of MPs with money and promises for more, just to go out and sell government policies, including the third term, which, they are supposed to debate and pronounce on in parliament. Even then, before the vote, an amendment must be effected so that provisions requiring secret ballot (on third term) is removed — Tubalabe (let us see them).

b) The mastermind behind the hatching of the omnibus bill – sheer arrogance and impunity on the part of the government. In this bill on opening up political space and removing term limits, the government has ordained that no Ugandan must say ‘NO’ to one and ‘YES’ to the other.

c) The way we are handling high profile corruption cases whose prima facie has been established by judicial commissions, some being shelved by dealing with them administratively while others directed to the courts of law leaving the public to impute different motives on the criteria.

d)The impunity and arrogance with which Kakooza Mutale trains youth brigades giving them military training under the guise of mobilising for the return of Museveni come 2006.

In doing all this however, the Movement Secretariat, the NRM or even the government cannot dare raise a finger.

The training, according to the press, also involves arms completely outside the legal provisions. I wonder what will happen if the youth of this country balkanise into armed wings in support of different political parties, especially during election campaigns!

Mr. Chairman, all this, and indeed much more than this, makes me apprehensive and worried having witnessed political events in Uganda since 1962, many of which are a replica of what is happening today.