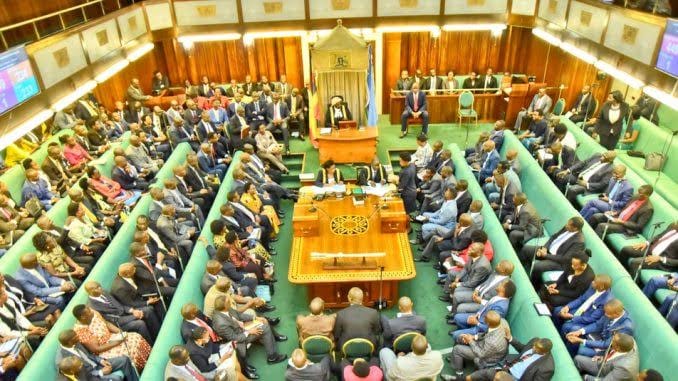 The newly passed Uganda Communications Amendment will give extraordinary powers to the Minister of Information, ICT and National Guidance (currently, Frank Tumwebaze) to pass all regulations governing the communication industry in the country.

The bill which was passed by parliament on Thursday seeks to amend the Section 93(1) with justifications that Parliament enacted conflicting provisions that require parliamentary approval of the regulations made by the Minister.

With the new amendment, the minister will pass any regulations as regards communication and will be relieved of the obligation to lay the regulations before Parliament as was required in section 93(3).

The bill allows the Minister more powers to take any actions against the media and the media practitioners as he deems necessary, which some MPs argue he/she might abuse.

Parliament will have no say over regulations passed by the minister although there is a proposal that a tribunal be constituted to which the public can seek redress in case the Minister misuses his power.

The tribunal however has not been set up although the amendment has already been passed.

State Minister for ICT, Aidah Nantaba who presented the bill before parliament said “The Executive Director, Uganda Communications Commission (UCC) wrote to the Judicial Service Commission to have the Tribunal constituted and established but they have sighted cases of lack of funds adding that as long as the funds are available, they will be able to constitute one.”