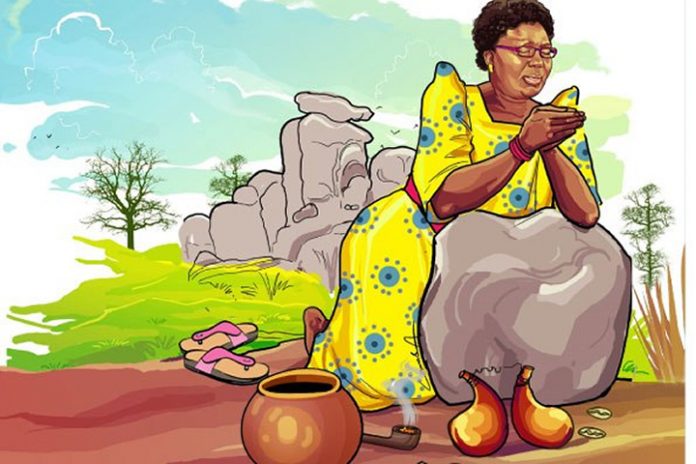 A traditional healer, who claims to have administered his spiritual powers and charm 29 years ago to propel Speaker of Parliament Rebecca Kadaga to political prominence, has taken her to court, demanding payment of Shs200m for alleged breach of contract.

Mr Damiano Akuze, in a suit filed before Jinja High Court on January 28, contends that on September 1, 1990, Ms Kadaga approached him at his shrine in Buwala, Buganda Zone, Lulyambuzi Parish in Kamuli District, seeking his traditional medicine to help her attain a successful political career.
He says he administered the traditional medicine on her, which has propelled her to current national prominence.
By yesterday, the court had not summoned the Speaker to file her defence. The court will set the hearing date after she has filed her response to the suit. Efforts to contact Ms Kadaga for a comment on the matter were fruitless as she was reported to be chairing Parliament the whole day.

“Immediately on the 3rd day of September 1990, the defendant (Ms Kadaga) was called by President Museveni and appointed minister and has since then held big positions in government,” he adds.
Mr Akuze alleges that since 1990, Ms Kadaga has paid him only Shs1m, which was in October 2017, and has since refused to pay him the balance of Shs204.5m.

He contends that Ms Kadaga had, in return for his traditional medicine, promised to construct for him a house worth Shs100m, give him Tipper truck worth Shs60m, a plot of land at Shs40m and four cows, among other rewards, making a combined worth of Shs204.5m.
Cash claim
“The defendant’s (Ms Kadaga) refusal to pay the plaintiff (witchdoctor) is in breach of the contract as the plaintiff did all his work and has been administering traditional medicine up to October 2017 as contracted by the defendant but the latter has, without reason, breached the contract,” Mr Akuze states in the suit.

“The plaintiff (Mr Akuze) has suffered mental anguish and inconveniences for which the defendant (Ms Kadaga) is held liable for general damages,” the suit reads in part.
The traditional healer says he will adduce evidence during the trial to prove that Ms Kadaga is in breach of the contract.