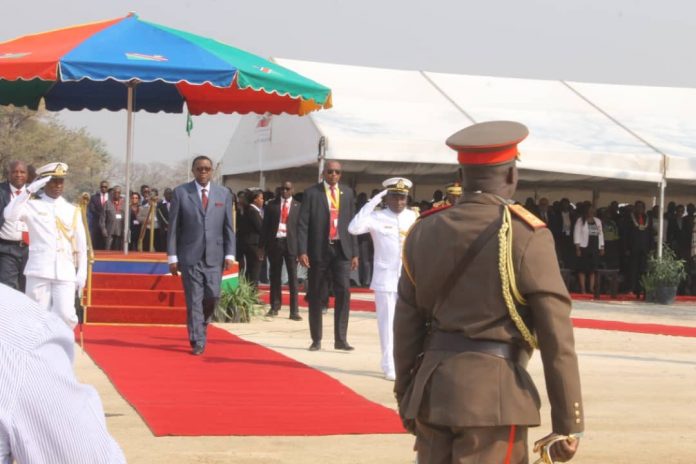 Namibia’s Deputy Prime Minister, Mr. Netumbo Nandi-Ndaitwah, who is also his country’s International Relations and Cooperation Minister delivered the message to the President yesterday at Kisozi in Gomba District.

President Museveni and his guest discussed ways of exploring and putting more energy in the bilateral and diplomatic relations between the two countries.

President Museveni said that countries need each other and that no single country could be prosperous alone. He observed that Namibia would help in becoming a mineral processing country for the entire Africa.

The Namibian Deputy Prime Minister, on her part observed “Namibia and Uganda have a long history together. We are the same. Uganda is among the first countries to establish diplomatic relations and cooperation with Uganda.”

As a way of boosting bilateral relations between the two countries, the Deputy Prime Minister informed President Museveni that in her four-day visit to Uganda, it was agreed that the Ministries of both countries that are responsible for Trade and Foreign Affairs would sign Memoranda of Understanding (MoUs) on trade and diplomatic relations in the nearby future.

After the meeting, President Museveni conducted the Deputy Prime Minister, Ms. Ndaitwah and her delegation, on a brief tour of Kisozi farm.