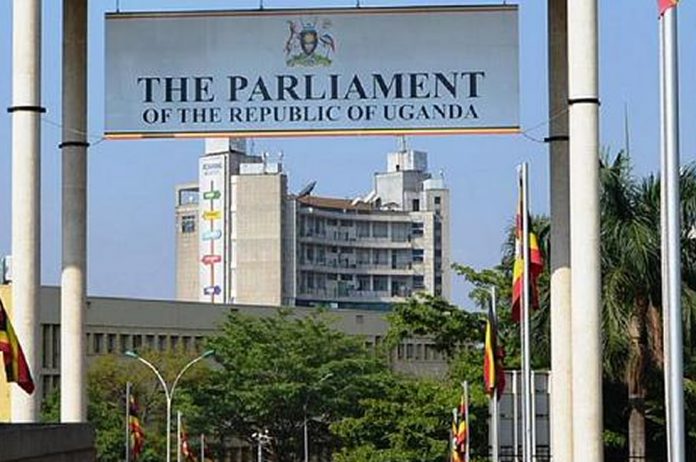 Members of Parliament were yesterday advised to ensure the return of presidential term limits and the removal of “unnecessary” interest group representatives from the House if they want to respect constitutionalism and good governance.

The advice was given to the legislators yesterday by senior lawyers and academicians, Prof. Frederick Ssempebwa, the former chairman Constitutional Review Commission, and Prof. John Jean Barya during the first induction seminar for members of the 9th Parliament. “Our state is neopatrimonial, with more patronage and clientalism rather than institutions,” he said. “The country has laws but what takes place is contrary. It is managed on a personal basis and the donors may be interested in such a state because it is easy to manipulate,” said Prof. Barya while responding to Prof Frederick Ssempebwa’s paper. “If Parliament does not have an oversight function to the executive, then it should not exist,” he said.

The Makerere University law don told the MPs that in order for the country to move away from personal rule of President Museveni, the legislators should restore term limits removed in a controversial 2005 amendment during which MPs were handed Shs5 million by the government, create a genuine debate on federalism and demand for regional governments.

“There is no society that lacks talent (vision). There will always be problems if you do not want talent to show up,” he said. The MPs, 223 of whom are fresh legislators, are taking part in a four-day induction workshop to get acquainted with how Parliament should operate and how to behave as MPs.
Lecturing on constitutionalism and good governance, Prof Ssempeebwa said the last Parliament was devoid of this key ingredient and advised the new Parliament to avoid being influenced by the Executive.

“There is nothing wrong with influence provided it is based on principles; pushing through one of several options for achieving a goal that advances the good of society. But on the negative side is the failure to interrogate the need for the ministerial faculty of over 70,” he said.
He also proposed some constitutional amendments among which is the repealing of Articles 69(2) and 70, which describe “the Movement” as an alternative political system and declare Uganda a democratic multi-party state; and to also protect life by repealing Article 22(1) — a provision which gives the state the right to kill.

The learned friends also advised MPs to oppose government’s overspending through creation of new ministerial slots. Although some ruling NRM law makers tried to defend the existence of the army in the House for historical purposes, Prof. Barya maintained his call for the removal of the army and youth representatives. “The army and the youth should be excluded from the House because being a youth is not a permanent condition and the five youth MPs do not have any organisational capabilities to represent all the youth. The army is already part of the Executive and that’s why some of them do not turn up for plenary and only show up if they are instructed to come and vote,” said Dr Barya.
He added: “Workers MPs come to Parliament as NRM MPs so whose interests are they representing, workers, or NRM?”

Speaker, Rebecca Kadaga, who warned the MPs that leaders who do not deliver to the electorate will be evicted from the House at the next election also indicated that House Rules will be “very rigidly applied in the 9th Parliament.”

The Head of Delegation of European Union to Uganda, Dr Roberto Ridolfi, who told MPs that democracy in the world is far from perfect advised that a country’s best hope lies in the separation of powers.