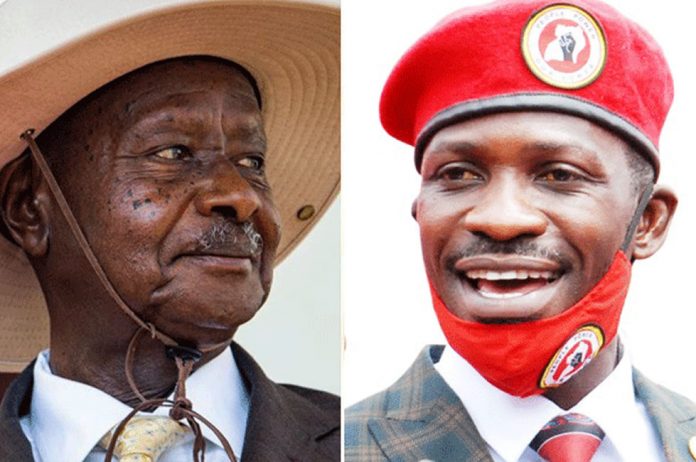 While six candidates are in the race, most forecasts point to a two-way battle between NRM (Mr Andrew Muwonge) and NUP (Ms Harriet Nakwedde) candidates. Others in the race include Mr Anthony Waddimba (DP), Mr Boniface Bandikubi (Ind), Mr Magid Nyanzi (Ind) and Mr Jamir Kamoga (Ind). Big wigs from both the ruling and leading Opposition parties have already descended on the eastern district.

On Saturday, Ms Robinah Nabbanja, the prime minister, was at Nyiize Primary School in Kangulumira Sub-county canvassing support for the NRM flag bearer. At the same time, Mr Mathias Mpuuga, the Leader of Opposition in Parliament, was in Nazigo Town, drumming up support for the NUP flag bearer.

Other big wigs in the NUP camp who have pitched camp in the district, include Ms Betty Nambooze, the Mukono municipality MP; Mr Patrick Mugisha, the Mityana District chairman; Mr Patrick Nsanja, the Ntenjeru South MP; and Mr Charles Tebandeke, the Bbaale County MP, among others. Ms Nabbanja, who has been in the district since last Thursday, headlines a strong NRM line up that includes Mr Moses Kigongo, the NRM vice chairman; Mr Godfrey Kiwanda, the NRM vice chairman for central; Mr Amos Lugoloobi, the State minister for Finance; Ms Rosemary Ssenninde, the NRM director for mobilisation; and Mr Emmanuel Dombo, the director for communications, among others.

“We are not treating this by-election lightly for it will be a big determinant on whether people in Kayunga still want to work with the NRM government,” Ms Nabbanja said, adding, “We are going to do whatever it takes to win it. I think some people don’t know that I am the NRM government bulldozer.”

Mr Sulaiman Madada, the former minister for the Elderly and Disabled affairs, revealed that while on the campaign trail, President Museveni is expected to hand over 500 freehold land titles to land tenants in Kitimbwa and Kayonza sub-counties. Kayunga used to be a bastion for NRM before Mohammed Ffeffekka Sserubogo became the first Opposition politician to head the district. Sserubogo, however, died in June after serving only one month in office. His son, Mr Kamoga is running in the race on an Independent ticket.

“This is the toughest election we have ever had since the creation of this district in 2001,” Mr Sam Bulamaba, a voter, said. Promises from different camps haven’t been in short supply, with Ms Nabbanja promising to push for the elevation of Kayunga Town Council to a municipality in the event that NRM prevails. The prime minister has also vowed to ensure that the tarmacking of the Galilaaya-Kayunga road commences next year.