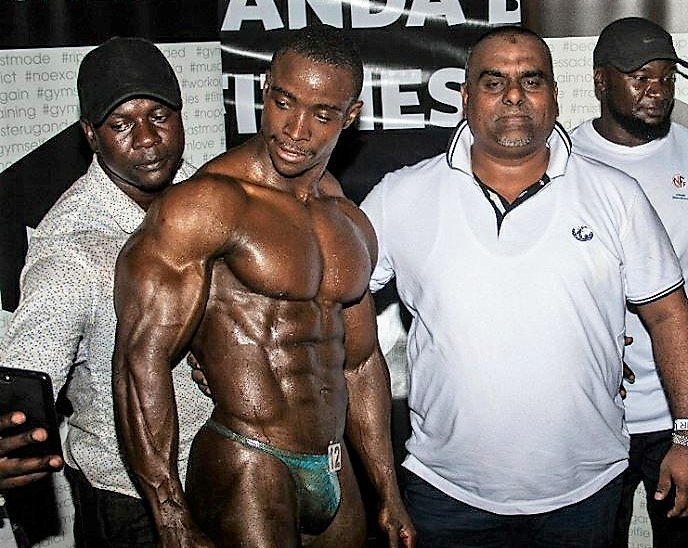 The MPs advice follows a few scenarios that followed after Dr Hamza was contacted by the press to share a word about his relationship with the ‘Clear’ singer that she there and then interrupted, shielding him from saying a word any more that many have picked on to portray her as an over bearing and disrespectful woman.

All these happened during her highly sold out live concert at Serena Hotel last Friday.

This letter mainly rotates on a need for Rema Namakula to get Dr.Ssebunya off the stage and hit back to the hospital as she beleives that if the ‘dimpled’ singer keeps on letting his husband on attend her concerts and addressing audiences, he will be more vulnerable to the Media since he would have become a member of the showbiz industry.

Your show at Africana was extra ordinary, perfect to say the least and I congratulate you upon that achievement. Despite the marvellous show you put up, your critics were not done, they sucessfully got you on two unfortunate incidents. One was your failure to recieve Chris Evans joke calmly, which betrayed and exposed you as a vulnerable woman who has failed to move on after the divorce.

The other ugly scene was when you attempted to shield your man from the Press which your enemies picked on to portray you as an over bearing and disrespectful woman. I would have done the same, if journalists descended in a similar fashion on Mr.Bakireke.

Rema, celebrities live a hell of life with pressures of critics, threats, stalkers, and other security issues, and most of them end up living a stressed-out life…while at the sametime this constant stress of public scrutiny is often a source of depression, paranoia and acting out, many people even try out drugs in order to escape from the demanding public.

The stress resulting from such a life also wreak havoc on marriages as one or both partners desperately grasp at coping mechanisms to get them through day after difficult day. For them, life is not a fairy tale. And sometimes, it’s a hell. Because, this is the life you live, you need to do a thing or two to protect yourself and your man from the ever protruding eye of the Parrapazi.

Following her highly publicized relationship, and equally publicized split,Jennifer Lopez had to buy peace from her ex-husband. Lopez got married to Judd and divorced him nine months later citing irreconcilable differences. However Judd walked away with a reported $14 million of Lopez’s fortune. However, this sum came with a catch as Lopez’s legal team made Judd sign documents to stop him from ever speaking publicly about their relationship.. Judd moved on quietly with his cash, and Jennifer Lopez moved on with Ben Affleck.

What I dont know is whether you just moved out of Kenzo’s house without any formal understanding or agreement. With three top selling songs already out of the divorce, Kenzo seems prepared to milk cash and publicity out of your broken relationship and daughter Amaal. Imagine, through his facebook account Kenzo outs messages about you and gets free media coverage. Your managers and lawyers must move to put a stop on this opportunism and savageness by Kenzo. But the move shouldnt involve courts of law.

I understand the Musicians in Uganda have an association however I dont know if the leaders conceptualize the environment they are working in and need to advocate for policies to protect people in this industry. Paparazzi have been known to ‘stalk’ and ‘chase’ celebrities and make commercial use of their private data whereas fans have been known to break into celebrities’ houses to ‘stalk’, ‘kidnap’, or even ‘assassinate’ them.

In October 1997, Princess Diana died from a car accident in France which was suspected to be caused by seven paparazzi. Although the judge clarified later that the drunk driver rather than paparazzi caused the accident, California government was aware of the danger brought by paparazzi and thus quickly set the first anti-paparazzi law.” she concluded.