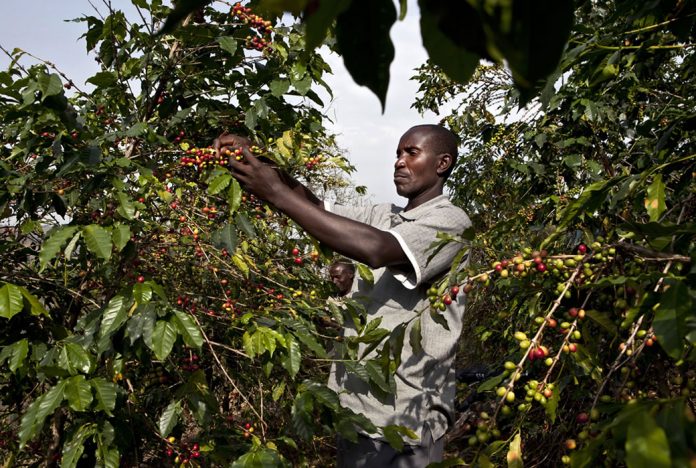 President Yoweri Museveni has said that coffee is an anti-poverty crop for small-scale farmers in the country.

“Coffee is an anti-poverty crop for the small scale farmers. It is one of the correct crops for them. There is need to resolve the issue of challenges in production. I want the Uganda Coffee Development Authority to avail the technology for roasting, grinding and packaging coffee,” he said.

The President made the remarks yesterday at Kampala Serena Hotel when he addressed the one Uganda Coffee Development Authority (UCDA) 10th annual stakeholders meeting where he also launched the Coffee Roadmap.

The event was held under the theme: ‘25 years of empowering lives’ as UCDA celebrated 25 years of its existence. The meeting attracted coffee farmers, processors, exporters, Uganda’s development partners and Members of Parliament who are on the Agriculture Sessional Committee of Parliament.

The Coffee Roadmap has a target of producing at least 20 million 60-kilogramme bags of coffee per annum from the current figure of 4 million bags per annum. Among other objectives, the roadmap has set a mission of building structured demand through country-to-country deals, especially with China. It has also been programed to brand Uganda coffee to drive demand and improve value by up to 15%.

The roadmap is required to strengthen farmer organizations and producer cooperatives to enhance the commercialization of the crop for smallholder farmers and ensure broad access to extension, inputs, finance and aggregation.

Museveni, who observed that Ethiopia has performed well because the Government in Addis Ababa had spearheaded the value addition drive, called on the Uganda Coffee Development Authority (UCDA) not only to do research in production but also in the processing sector. He emphasized that there should be vertical integration and that UCDA should facilitate the private sector. He congratulated the Authority for marking 25 years of work and urged the organization to ensure that the next 5 years become more dynamic.

He said that young emerging countries like Uganda have been facing modern day slavery by exporting unprocessed coffee at US$2 per kilogramme compared to US$32 per kilogramme of processed and packaged coffee. He observed that Uganda can still make profit even if coffee price declines. He, therefore, called on the stakeholders to take advantage of this benefit.

Museveni informed the meeting that the NRM Government is promoting the production of coffee because the global demand of the beverage is growing. He noted that given the current trend, coffee production is expected to increase from the current 160 million bags of 60-klogrammes per annum to 175 million bags by 2020. He urged the stakeholders to take cognizance of the need to coordinate the coffee enterprise to avoid collision.

Mr. Museveni further challenged UCDA and all stakeholders at large to identify the impediments to heightened coffee production. He strongly advised farmers to mulch their gardens. He also called on agricultural officers in the country to utilize radio stations that run at least once a week in order to mobilize and sensitize wananchi in modern agro-practices as a way of promoting the farming sector. He gave assurances that the issue of fake drugs and other inputs is going to be solved.

Prime Minister, Dr. Ruhakana Rugunda, saluted President Museveni for his presence at the 25th anniversary of UCDA and also for launching the Coffee Roadmap. He reiterated that the current target is to produce 20 million 60-kilogramme bags of coffee by 2020.

Agriculture, Animal Industry and Fisheries Minister, Hon. Ssempijja Vincent Bamulangaki, commended the President for loving farmers and specifically for his support to coffee producers. He lauded the support of the United States Agency for International Development (USAID) for its role in the promotion of value addition to Uganda’s agricultural products.

During the function, President Museveni presented awards to the leading personalities in the coffee sector.