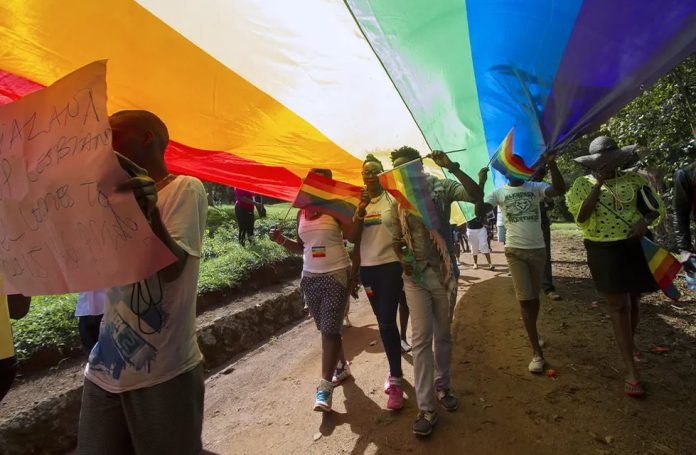 An 8-year-old Ugandan girl has reportedly been arrested after being caught kissing her female friends.

The police in Uganda are currently holding the suspect on suspicions of lesbianism.

The Monitor, Jinja Police Child Family Protection, disclosed that the minor was arrested after a neighbour caught her having “romantic relationships” with other girls of her age.

The neighbour reportedly informed the police that the child “repeatedly lured her friends to a farm near her house, where the girls would engage in inappropriate behaviour with one another.”

Catherine Wobuyaga, who is the officer in charge, disclosed that the minor is now in police custody and has confessed her involvement with fellow girls, most of whom are her classmates, to the police.

Following the reports, the police are currently investigating all the adults in the life of the minor who may have had this kind of influence  on her life.

However, Amnesty International’s East Africa Campaigner, Victor Odero, is shocked by the news and demands the minor’s immediate release.

Speaking on the issue, he said:

“The girl should be immediately and unconditionally released if she is still in detention.

“What she needs is protection and respect for her privacy, rather than being treated as a criminal.”

Minister for Ethics and Integrity, Uganda, Reverend Father Simon Lokodo emphasized the country’s stance against homosexuality, stressing that his ministry is committed to fighting the practice in the country.