Like other sectors of the economy, tourism has not been spared by the breakout of the novel corona virus. The pandemic greatly affected travels...
View Post
Health

The Uganda Police has been named the most corrupt government institution in Uganda. This revelation was made after a separate joint survey was made...
View Post
News

Telecommunications giant MTN Uganda has been dragged to court over the alleged sale of “Kwata Esimu” song, which belongs to Winnie Nwagi...
View Post
News

Recently, controversial singer Spice Diana appeared in a video where she let a fan fondle her while on stage as she was performing some where in the city. She went a head to call any male fan to check and witness to others that her boobs were still firm as she wanted to prove wrong a female fan in the audience who said that the ’32’ girl’s breasts had already bowed to nature and soon turning into ‘slippers’.

This video came with a lot of talks with many blaming the singer for not controlling her horniness while doing her work (performing on stage) as there was also a development earlier that he had snogged with a male fan still on stage.

Since then, she has been silent about the matter till today when she has decided to come out and share with the public why she does so. 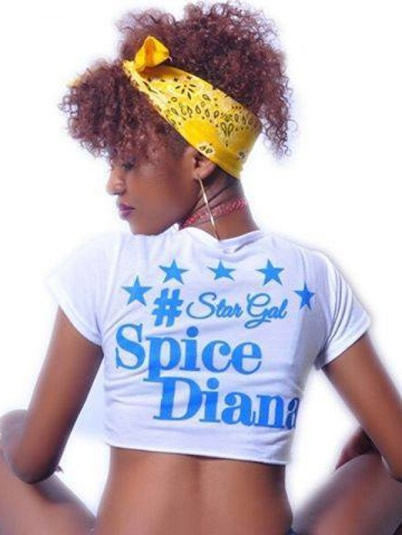 “I love interacting with my fans and engaging them in my entire performances . Am not only an artiste : I entertain my fans as well and we always have good vibes.” She said

The ‘Sente za Kameza’ singer added on that, that is what makes her different and unique.

“I do my thing my way , thank u for loving me n appreciating what I do,” She concluded.

Like other sectors of the economy, tourism has not been spared by the breakout of the novel corona virus. The pandemic greatly affected travels...
Read more

The Uganda Police has been named the most corrupt government institution in Uganda. This revelation was made after a separate joint survey was made...
Read more
Load more