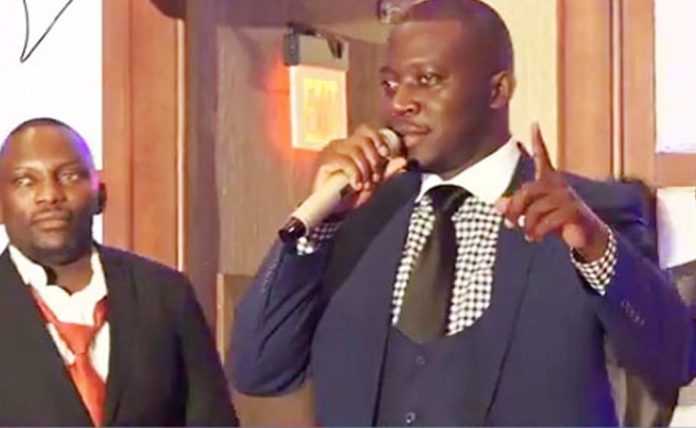 The president of the Ugandan North American Association (UNAA), Monday Atigo who is currently in the country has revealed more of their contributions to the country.

Among these including the building of hospitals and offering of health services to Ugandans.

“At the time of joining UNAA, we needed leaders with financial decisions with the right judgement and those that are prudent. We continue to empower our members and also create opportunities for them to become successfully financially through our trade and finance forums which we also continue to have at each convention,” says Atigo.

“We also continue to partner with other companies or organisations like the Uganda Fistula. We helped to build a Fistula hospital in Soroti, helped to provide dental services in Uganda.”

In addition to that they have also introduced scholarship programs for Ugandans in the US.

“In the US, we also introduced scholarship programs and also this year, in Miami, we will have an opportunity for those that lost their citizenship in Uganda to actually get dual citizenship certificates.”

He says all this hasn’t been by accident.

“I would consider myself a child of community because I was raised by one. That’s where the passion comes from. I started with serving Dallas as a two time treasurer, as a president at that point. Then during my term, we were able to host it successfully, International networking event put together by the Ministry of Foreign Affairs, hosted the 2013 UNAA convention, developed the website to connect with our folks.”

It’s against that background that he is seeking a re-election as UNAA president for the second time.

“When I became the UNAA president in 2015, I pledged that I would bring this organization back together and sure enough I created the harmonization committee, a report was submitted, suggestions were presented – everyone had an input: from the UNAA Causes and the UNAA leadership….

“Today I am happy to say we are looking into some of the ideas presented. Some already we are even implementing…that means we are making progress in the right direction. Let’s not deviate. Let’s stick together. Let’s come together. Let’s keep the course UNAA is taking right now. Coming together like I said is the beginning. Ladies and gentlemen, join me as we take UNAA where it’s supposed to be.”