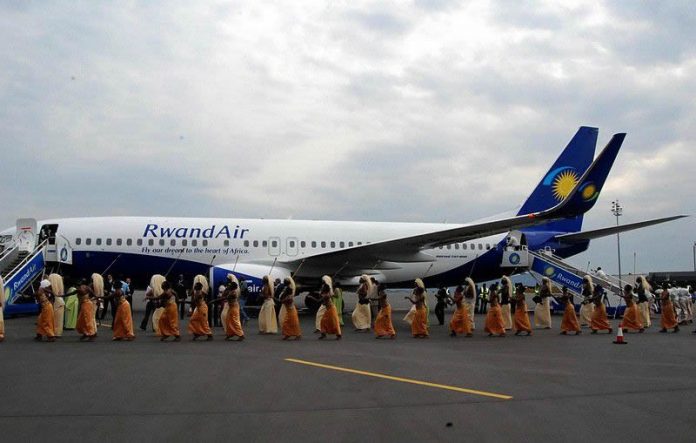 The Rwanda tourism sector registered tremendous growth as the revenue generated increased by 17 per cent last year compared to 2011. John and Mary Ann McDonald on their 75th tour of Volcanoes National Park are entertained by traditional troupes.

The tourism earnings have soared up after the “Visit Rwanda” campaign. The campaign that met huge criticism at the start has increased tourist arrivals by 8%.

“Before the partnership was signed, 71% of the millions of Arsenal fans worldwide did not consider Rwanda a tourist destination, at the end of the first year of the partnership, half of them considered Rwanda a destination to visit,” said Belise Kariza, head of RDB’s tourism department.

Addressing a news conference, Clare Akamanzi, the Rwanda Development Board acting chief executive officer, said hard work and smart decisions put in overtime by the government contributes to the continued growth of the tourism industry.

“The general conducive business environment Rwanda has and specific reforms that have been put in place for tourism such as marketing and infrastructure and high-end tourism strategy, among others, have led to the unprecedented growth of tourism sector in the country,” Akamanzi said.

Rica Rwigamba, the head of Tourism and Conservation at RDB, said: “the tourism sector is on an upward trajectory, we are now working to enhance the sector through continuous product diversification while putting on an excellent service delivery.”

She said the growth of investors helped boost tourism, which resulted in putting the country in the top end of the tourist destinations in the region.

For instance, major international airlines such as KLM, Turkish Airlines, Qatar Airways and South African Airlines have opened their routes to Rwanda.

“There was a noticeable increase in revenues as we surpassed our targets due to the huge arrival of investors this year in the tourism industry,” Rwigamba added. The sector projects to generate $317m receipts in 2013, according to export promotion strategy.

Rwigamba said: “We are working hand-in-hand with the tourism chamber to improve customer service and to solve the skills gap that seems to be a hindrance to better service delivery.”

its noted that since most travelers that visit Rwanda mainly come to enjoy Gorilla Trekking , Chimpanzee and wildlife in Akagera national park, its advise to all travelers planning a Rwanda Safari to include the key safari activity of Gorilla Watching in Volcanoes national park.