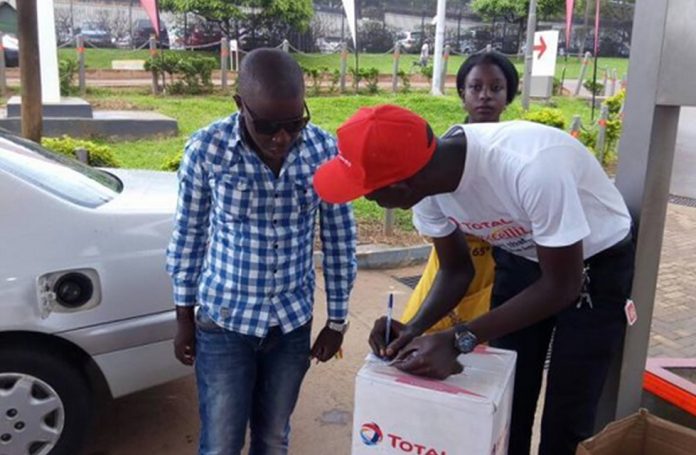 The Total Uganda Excellium Caravan which has been trotting the country since December last year is making its final rounds in Kampala.

According to a source at the fuel giant’s Namuwongo based head offices, the Caravan has performed way beyond the company’s expectations.

“We flagged off the Caravan after launching Excellium, a new generation fuel on the market. It was basically to go across the country preaching to people about the benefits of Excellium. However, the creative minds at Total together with those that went on ground have made it an educative campaign about all Total Uganda products”.

The source also informed us that the Caravan is now in Kampala moving between Total Uganda fuel stations.

“Last week, the caravan was in the areas of Kiwatule and some other parts of the city. They even joined other activities by different stations like blood donation at the Jinja Road station among others”.

The Total Uganda Excellium Caravan was kicked-off as a new drive to sensitize motorists about the importance of using Total Uganda’s high quality fuel, in an effort to improve the performance their motor vehicles and bodabodas, and also limit carbon emissions in Uganda.

Florentin de Loppinot, Total Uganda Managing Director kicked off the Caravan in December last year. The grand closure is expected to be on June 14th, 2017.