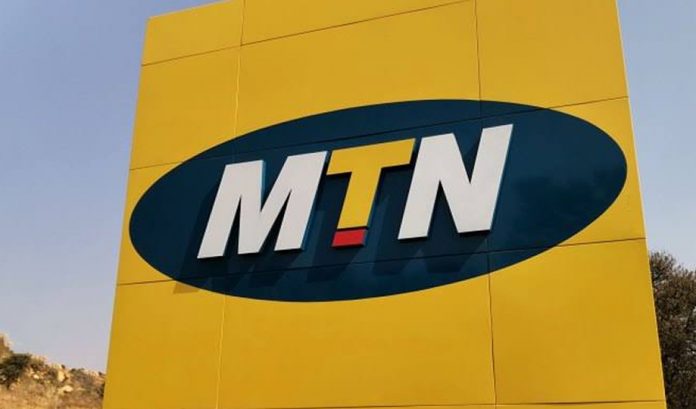 45 year old Lazarus Okoth, resident of Sesera-Maundo village in the outskirt of Nagongera Township, Tororo district could not hide his happiness. Okoth who last year emerged as one of the 10 million winners in the on-going MTN Kaja initiative has invested the money for the good of his family.

When a team of MTN officials visited Okoth to assess the impact of the win in his life, Okoth proudly showed a two acre piece of land, a residential house nearing completion in his village and a pork joint business in Nagongera town.

“I will forever remain grateful to MTN for this opportunity that God bestowed in my life. How else was I going to achieve all these in such a short time? I entered this game not knowing how it would end but see me today. I’m testimony to the fact that a company like MTN can change ordinary lives through meaningful initiatives such as MTN Kaja” Okoth said.

Prior to his win, Okoth says he lived an ordinary life of a peasant, tilling his small piece of land at his village. However, he now testifies that with the acquisition of the additional acres of land, he is going to start producing food for the market.

While sharing MTN branded gifts with a group of Boda-Boda men in Nagongera town, Okoth who now enjoys a near celebrity status; appealed to residents of his area to embrace MTN and experience the value its services offer, adding that his win is testimony to the fact that MTN has the potential to change its customers lives for good.

MTN Uganda in partnership with SMS2bet is running an exciting lottery game named MTN Kaja where customers who subscribe are entered into a daily draw to win up to Ushs. 40 million or several other cash and airtime prizes.

MTN Uganda Chief Marketing Officer Ms. Mapula Bodibe reminded customers that under the Kaja promotion, the brand has staked millions of shillings for customers to win on daily a basis.

According to Mapula, the promotion is open to all subscribers who hold MTN lines and all subscribed customers stand a chance of winning the grand prize of 40 million shillings in cash.

Automated draws are conducted daily at midnight to determine the winning number. One MTN number is randomly drawn from the entire MTN active customer base. Any customer who subscribes to the Kaja promotion and whose mobile number constitutes 8 digits of the drawn number reading sequentially from right to left will win the grand prize of 40 million shillings.

All other Kaja participating subscribers whose number constitutes 7 to 2 digits of the drawn number reading from right to left sequentially will also win other great cash and airtime prizes. All winners will be notified by SMS and those that win big cash prizes of Ushs. 1,000,000 and more, will be called using telephone number 0776 986 178.