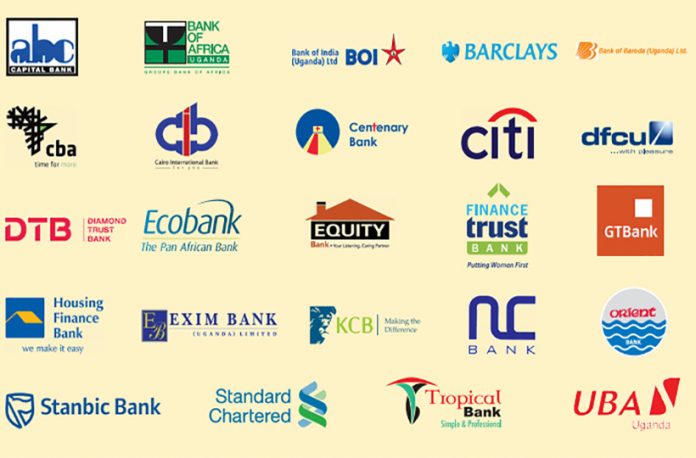 Commercial banks and microfinance deposit taking institutions have been advised to lower their interest rates and other bank charges in a bid to allow Small and Medium Enterprises get credit facilities to boost their business operations,

The State Minister for Cooperatives Frederick Gume says current loans offered by these banks are too high to support SMEs.

“How do you charge a loan at 10% per month? This is absolutely too high because in a year this means the banks are charging 120% which is extremely too high for SMEs to borrow so as to boost their business operations,” he said.
Opening this year’s edition of Uganda Small Scale Industries Association exhibition on Friday at lugogo themed Supporting Micro and Medium Scale Enterprises (MSMES) through Financial Inclusion,Gume asked financial institutions to foster partnership with industrialists and manufacturers to better their business operations saying through partnerships business can be improved and government forced to make policy interventions.

“Through partnerships your voices can be heard and government can be compelled to listen and make policy changes,” he said.
Gume however challenged industrialists to mobilize their own money through savings and cooperatives so as to begin lending their members money at lower interest rates.
“USSIA has existed for close to 40 years, why not start savings and credit cooperative association to mobilize your own savings that members can borrow at lower interest rates than waiting to get loans from money sharks in form of financial institutions,” he cautioned.

USSIA Chairperson Eunice Wekesa in her submission asked USSIA to be incorporated in government skilling Ugandans programmes so that government can realize it’s Vision 2040.
“USSIA is the only platform for starting, growing and sustaining industries in Uganda. We therefore urge government to partner with us in realizing
Uganda’s vision 2040 of industrializing our economy to spur job creation for the youth,”Wekesa said.
“We are grateful to the government for enabling environment for industrialists this really promotes efforts of industrialization however in the same spirit we appeal to government to appreciate USSIA as key stake holder in employment of Ugandans and consider us for concessions on fuel and power as our bigger counterpart,”Wekesa added.
Uganda Small Scale Industries Association formed 39 years ago currently has 5000 members yet plans are under way to increase the number to 15,000 by 2019.

Wekesa said the process of certification has continued to be strenuous and costly but is very important and necessary for competition.
She said the cost of communication and money transfer has decreased with the introduction of taxes on mobile money transfer and over the Top Taxes we ask parliament of Uganda’s to speed up the revision process.
Wekesa also said rigorous public procurement process does not allow members to access deals from government agencies and this leaves no option to the small scale industrialist other than gradual stoppage of operations

These plus many more continue to be impeding factors to the industrialist but we shall continue to engage government for better policies for the industrialist.
Veronica Namwanje Executive Director of USSIA said financial inclusion still low saying banks still consider SMES risky yet they contribute to close to 1million jobs in the country.
“Banks and micro fiancé institutions still avoid SMEs because they are not fully registered with licensing bodies and even those fully formal are given high interest rates in the loans they borrow from banks making the process rigorous,” she said.
She said however they are working with financial institutions to raise awareness and support training of members in business management to better the working conditions.