Northern Uganda is one of the 4 major regions in Uganda that has an approximate population of 12,000,000 people (as of 2014) and has a myriad of different of tribes and languages. This region is also among the most beautiful areas to visit during a guided tour or road trip in Uganda. The main attractions in this region include rich culture, wildlife and amazing scenery.

Kidepo valley national park is Africa’s finest wilderness park that boasts of a rich biodiversity and stunning scenery. From Apoka, in the heart of this wilderness park, an undulating savanna landscape that stretches in all directions, disappearing into the horizon marked by distant mountain ranges.

Kidepo Park is home to Uganda’s notable wildlife including the Big 4, and the rarest cheetah, ostrich, spotted hyena and a variety of birdlife. Other animals include large herds of Buffaloes, elephants, antelopes and Giraffes, intertwined with marvelous culture of the Karamojong people which is one of the unspoilt culture in the world.

The spectacular Karuma Falls are situated on the beautiful Victoria Nile and is one of the most inspiring and breath taking waterfalls along the Nile River. They are named “Karuma falls”, a local name used to refer to a historical spirit that inhabited this place and it is belived that the spirit is responsible for positioning the rocks that would later break the Nile waters to create these exhilarating falls.

These deafening Falls are on the eastern boundary of Murchison Falls National Park (the largest conservation area in Uganda) and just an hour’s drive from the northern town of Gulu.

The Murchison Falls National Park is another gem within the northern extreme of Albertine Rift Valley, where the vast Bunyoro escarpment integrates into the undulating Acholi plains. One of Uganda’s oldest national parks, Murchison falls national park was originally established as a game reserve in 1926 to preserve a savanna that Winston Churchill admired in 1907 and poetically described as ‘Kew Gardens and the zoo combined on an unlimited scale’.

Murchison Falls Park is intersected by the spectacular Victoria Nile which first races down 80km of white-water rapids before plunging 40m over the hanging rift valley wall at Murchison Falls, the proud highlight of the park.

The water falls drains the river’s remaining energy, turning it into a wide, calm stream that flows gently across the rift valley floor for 55km to Lake Albert. This stretch presents one of Uganda’s most spectacular wildlife views, including elephants, buffaloes, water bucks, Kobs and the permanent residents, Hippos and Nile crocodiles.

This is honestly a hidden treasure in the heart of Northern Uganda; the magnificent and breathtaking scenery of the cascading falls is irresistibly refreshing and mind blowing.

Aruu falls is situated along the Gulu – Kitgum highway, about 386km from Kampala city, 47 and 57 Km from Gulu and Kitgum towns respectively.

This overhanging water falls presents a striking beautiful view and a panoramic sight to view as water streams down the rock piles.

This is an ideal spot for adventure seekers to relish a cold shower under the waterfalls and reaching there alone is adventure in itself as the place can only be accessed through ragged rocks and undefined path.

Mount Moroto stands at an elevation of 3,082 meters above sea level in the heart of Karamoja region in North East of Uganda, near Kidepo valley national park, one of the finest and most scenic national parks in Africa.

The great Mount Moroto with a lavish of natural blessing hails from the old district of Moroto, neighboring the charismatic Karamajong society, anchored in the North eastern region on Uganda’s border with Kenya. Mount Moroto stands firmly vast-spread, at an approximate distance of 1.9 miles (3 Kilo meters) on ground by road, east of Moroto central business district.

The great mount Moroto is a habitat for varied flora and fauna including abundant birdlife, Patas monkeys, the spectacular golden cat and a variety of tree species. 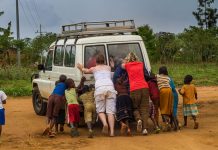 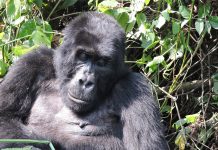 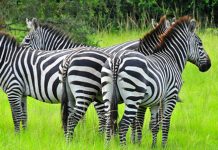 I Have Never Stolen and I am Rich – Museveni