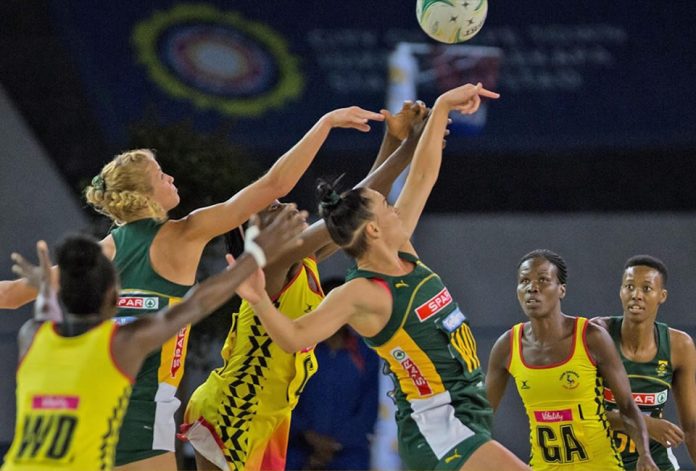 The She Cranes towering shooter Netball player, Mary Cholhok Nuba was selected as the most Valuable player (MVP) of the recently concluded 2019 Africa Netball Championship in Cape Town, South Africa.

Nuba is the second Ugandan to play professional Netball outside Africa after She Cranes Captain Peace Proscovia who plays for Sunshine Coast Lightning in Australia. In 2018, she helped Uganda win the World University Netball Championships that took place in Kampala having joined Nkumba University in 2017.

This comes as the second recognition for the 22 year old following earlier bagging the Golden Shooter award at the Vitality Netball Super League in England.

Other winners of the best players in the championships included Beauty Nakazwe from Zambia as the Best shooter as well as Malawi’s Takondwa Lwazi as the Best Center court player.

Malawi finished second with 10 points, Zimbabwe fourth with 6, Zambia fifth with 4 points, Kenya second last with 2 points and Lesotho last with no point.