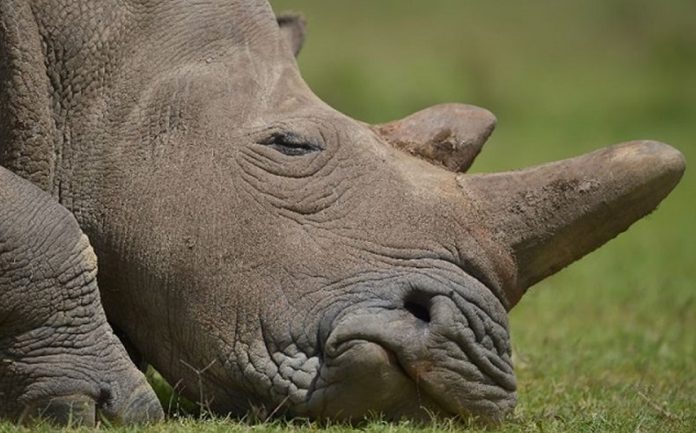 South Africa is battling a scourge of rhino poaching fuelled by insatiable demand for their horn in Asia.

Most of the demand emanates from China and Vietnam, where the horn is coveted as a traditional medicine, an aphrodisiac or as a status symbol.

A total of 504 were killed in South Africa’s famed Kruger National Park, a global hotspot for game watchers and safari holidaymakers — a 24 percent drop on 2016.

Some 446 people were arrested for poaching offenses committed in and around the vast park that has traditionally borne the brunt of rhino poaching, the statement added.

The number of rhinos killed has climbed steeply in the past decade from just 13 in 2007 reaching a peak of 1,215 in 2014, according to the TRAFFIC wildlife trade monitoring group.

In the last eight years alone, roughly a quarter of the world population of rhinos has been killed in South Africa, home to 80 percent of the remaining animals.

Rhino horn is composed mainly of keratin, the same substance as in human nails.

It is normally sold in powdered form as a supposed cure for cancer and other diseases.