‘She has never been bedded by the Reverend Fr.’

At last, Archbishop Dr. Cyprian Kizito Lwanga has come out to clear the air about the fast spreading rumor of Fr. Kibuuka who was accused of having a sexual relationship with a one Nantongo Winnie.

This came after Winfred releasing a press statement apologizing to the entire catholic fraternity and Fr. Kibuuka for tarnishing his image. The archbishop has given the findings on investigations to the catholic community saying that, this was a plot well planned by the enemies of the church with intentions of tarnishing Fr. Kibuuka’s pastoral image. 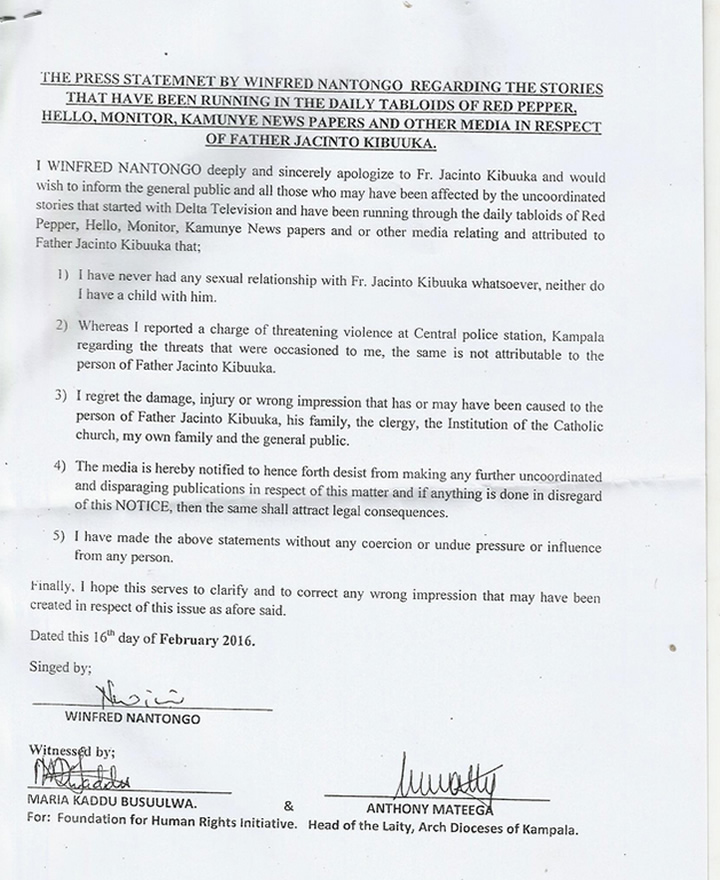 Archbishop Lwanga affirmed that “while carrying out the investigations they were told by Winnie’s Mother about how Nantongo received more than 10 UGX token to confidently come up with such a story.” In his speech, Dr. Kizito vowed to expose those dangerous individuals who time after time plan ways of putting the works on the Catholic Church to shame.