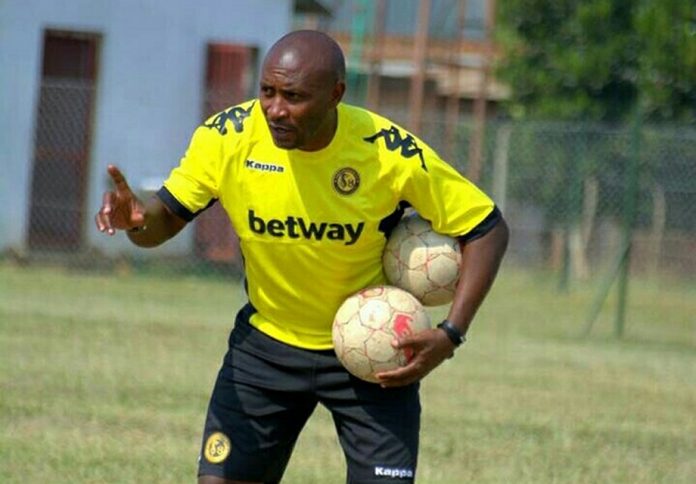 Former Uganda Cranes midfielder Charles Livingstone Mbabazi has returned to Onduparaka Football Club in the capacity of head coach, the club has announced.

A few weeks ago, the CAF “B” licence holder officially resigned his position as Mbarara City FC lead tactician citing “inadequate facilitation at the club”.

Mbabazi resigned at the Caterpillars two years before joining Kyetume and later on Mbarara City where he spent the 2018/2019 season.

“Back like he never left! We are delighted to announce the return of tactician Charles Livingstone Mbabazi who has rejoined us on a 3-year deal!! Welcome back chief!” Onduparaka FC announced.

It’s reported that Ivorian side ASEC Mimosa and Irelands’ St Patrick Athletic sensational bagged about UGX 30m in cash as his sign-on fee.

At the time of reuniting with the Arua based side, he Mbabazi was also being coated by SC Villa and newly promoted Uganda Premier League outfit Wakiso Giants.

He was part of the Uganda Cranes coach staff that participated in the 2019 edition of the COSAFA tournament.