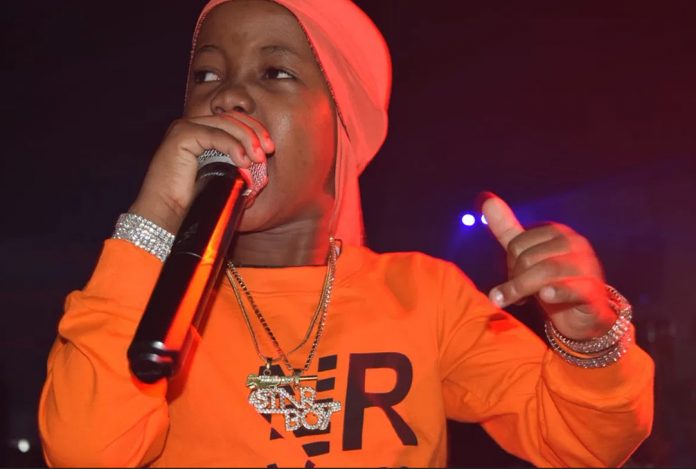 Fresh Kid, the popular upcoming young artist has been appointed the ambassador for street children.

The upcoming singer whose music career was close to be terminated by the minister of youth and children affair, Honorable Nakiwala Kiyingi has been surprised by the appointment by the same minister who wanted to put a stop on his career.

It seems the eight-year young rapper’s music career is again giving him a better life and he has started to garner some endorsements that may take him higher in the profitable music industry.

During the crowning of the head prefect at the Banteeka hit maker’s school, Kampala Parents Primary School, Hon. Nakiwala Kiyingi graced the function and this is where she announced the appointment of the young rapper as the ambassador of street children. The position is aimed at reducing the number of street kids who live on the Kampala streets.

As per now we do not know how Fresh Kid will  manage to take on this new assignment that seems not be an easy job. For long the Kampala streets have raised a high number of people including some of the promising artists in the Ugandan music industry, radio presenters and pastors. Getting the kids  of the streets is not that an easy job and there are many Non Governmental Organizations that have tried to offer these kids a second job!

It should be remembered that during the times, when the Youth and Children Minister tried to bar Fresh Kid from singing, many Ugandans warned Nakiwala to get her hands off the young artist and concentrate her efforts to getting the street kids off the Kampala streets. It is therefore surprising that the minister has appointed Fresh Kid the ambassador and we are not yet in the know whether she is to work with the eight year old kid to get off the street kids off the Kampala streets!