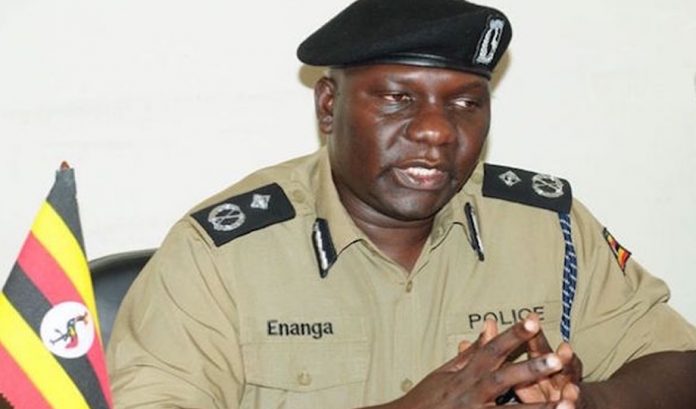 KAMPALA: Police has admitted that Ronald Ssebulime who was on Sunday shot dead after being suspected to have been trailing ICT Minister Idah Nantaba, was murdered.
According to the Police statement released by the Spokesperson Fred Enanga on Wednesday, a joint team of investigators from the Kampala Metropolitan East Region and Homicide squad from CID headquarters, established that what was first reported as a typical police case, where perceived dangerous suspects were shot at during a pursuit, was instead a straight forward case of murder.

“The 999 crew from Mukono that responded to the earlier emergency call from Nagalama police station, intercepted the alleged suspects after they hit a road hump and fell off. The crew concentrated on the rider Ssebulime, who was carrying a bag, chased and after a few warning shots in the air, the suspect stopped and surrendered to the police, who arrested and led him to the police vehicle. The stranger, whom he was carrying, to guide him to St. Andrew Kaggwa for visitation, also disappeared and was not traced. It is true that the deceased was removed from the police pickup and instantly shot dead by our officer,” part of the police statement reads.

Mr Enanga said police has arrested three of its officers for trying to conceal the true facts of the events surrounding the killing of Sebulime Ronald, after they submitted false reports about what really happened upon intercepting the suspects at Nagojje trading centre in Mukono District.

He identified the officers as; No. 51543 Cpl Ssali Edward, who was the car commander, No. 50162 PC Opira Ronald and No. 5729 PC Baganza Ronald. The other crew member No. 62163 PC Cherotich Robert is currently on the run, but wanted according to Police.
Mr Enanga said their investigators found out that the bag which was captured as an exhibit, comprised of eats and drinks belonging to the deceased who was reportedly heading to St. Andrew Kaggwa for visitation.

He extended sympathies to the family of Ssebulime, saying police does not condone any acts of extrajudicial nature, the reason they are holding the suspects accountable for his death. Enanga also thanked the residents of Nagojje trading centre and the media, for “boldly bringing out the facts, about what really happened”, adding that without their concern, this would have been one case where the narrative from the first responders could have defeated justice.