However, just like in the previous years where we have seen blockbusters rocking Cinemas despite genres, we are yet to be showered with some amazing movies this 2019. Here are the top 10 movies to watch out for this 2019.

The ending of the Infinity War Part 1 put the viewers in a state of delirium and we can’t wait for everything to be revealed in Infinity War Part 2. It was directed by the Russo brothers; Anthony and Joe Russo basing on the Avengers by Stan Lee and Jack Kirby.

Adrift in space with no food or water, Tony Stark sends a message to Pepper Potts as his oxygen supply starts to dwindle. Meanwhile, the remaining Avengers; Thor, Black Widow, Captain America and Bruce Banner must figure out a way to bring back their vanquished allies for an epic showdown with Thanos, the evil demigod who decimated the planet and the universe.

According to some rumours, this might be the last movie with Captain America in it. Also, Infinity War Part 2 is going to feature Captain Marvel for the first time. Will she be the savior for the Avengers? We will know once the movie comes out in May!

IT: Chapter Two is an upcoming American supernatural horror film and the sequel to the 2017 film. The evil clown Pennywise returns 27 years later to torment the grown-up members of the Losers’ Club.

Bill Skarsgard will reprise his role as Pennywise in the second installment of the IT series. As hinted on before, the children from IT: Chapter 1 have all grown up and Chapter 2, obviously, will be about reuniting and taking down Pennywise once and for all.

We will have to wait until September to see Jessica Chastain team up with James McAvoy and the others to take down Skarsgard’s Pennywise.

Serenity is a 2019 American neo-noir thriller film written, produced and directed by Steven Knight. It is already out as it was officially released in January.

The movie is about a woman coming to her ex-husband to save her from her current abusive husband. Baker Dill is a fishing boat captain who leads tours off of the tranquil enclave of Plymouth Island.

His peaceful life is soon shattered when his ex-wife Karen tracks him down. Desperate for help, Karen begs Baker to save her and their young son from her abusive husband. Thrust back into a life that he wanted to forget, Baker now finds himself struggling to choose between right and wrong. There’s not really much left to be added in order to convince you to watch this.

The cast of the movie includes two Oscar winners in Anne Hathaway and Matthew McConaughey and two Oscar nominees in Diane Lane and Djimon Hounsou.

Logan might have signaled towards the end of the old-school X-men movies with the likes of Hugh Jackman, Famke Janssen and Patrick Stewart unlikely to appear for the franchise again, but it did also open the way for a new age. Dark Phoenix is an upcoming American superhero film based on Marvel Comics’ X-Men characters, distributed by 20th Century Fox. It is releasing in June.

The X-Men face their most formidable and powerful foe when one of their own, Jean Grey, starts to spiral out of control. During a rescue mission in outer space, Jean is nearly killed when she’s hit by a mysterious cosmic force. Once she returns home, this force not only makes her infinitely more powerful, but far more unstable. The X-Men must now band together to save her soul and battle aliens that want to use Grey’s new abilities to rule the galaxy. 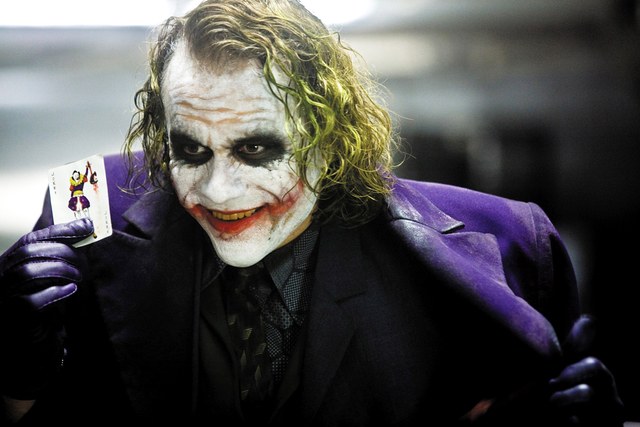 Joker is an upcoming American crime film distributed by Warner Bros. Pictures and based on the DC Comics character Joker. It is intended to be the first film in a series of DC-based films separate from the shared DC Extended Universe. The Joker, set to be released in October which focuses on the origin of the maniacal villain.

Another movie that is going to take us back to our childhoods, The Lion King is set to be released in July and is perhaps the most anticipated of all Disney movies that are going to come out during 2019.

The film journeys to the African savanna where a future king is born. Simba idolizes his father, King Mufasa, and takes to heart his own royal destiny. But not everyone in the kingdom celebrates the new cub’s arrival. Scar, Mufasa’s brother and former heir to the throne has plans of his own. The battle for Pride Rock is ravaged with betrayal, tragedy and drama, ultimately resulting in Simba’s exile. With help from a curious pair of newfound friends, Simba will have to figure out how to grow up and take back what is rightfully his.

With Donald Glover as Simba and Beyonce as Nala, this promises to be a wonderful remake of the original movie we so love and revere.

Who wouldn’t want a genie that fulfills every wish that one has? Aladdin is a live-action remake by Disney in an attempt to make us nostalgic and reminisce our lost and glorious childhood days where we wished for extra-ordinary things to happen to us.

It is an American musical romantic fantasy adventure film directed by Guy Ritchie, from the screenplay co-written with John August, and produced by Walt Disney Pictures

Aladdin releases in May with Will Smith as the genie.

Toy Story might be about toys and their journey, but the movies in the series always end up teaching us more than human characters ever could. It is an upcoming American 3D computer-animated comedy film produced by Pixar Animation Studios for Walt Disney Pictures.

After a lot of delays, Toy Story 4 is set to come to the big screens in June. Tom Hanks as Woody is always the focal point but the arrival of a new character, Forky, is also catching the attention of many.

Once Upon a Time in Hollywood

Bloodshed and chaos are almost always the central themes of Tarantino’s movies and it might be the same here as well. Releasing in July, this movie is a historical crime thriller featuring Leonardo DiCaprio, Brad Pitt, Margot Robbie, Al Pacino, Tim Roth, Kurt Russell… do I need to keep going?

Night Shyamalan fell prey to his own reputation of ending his movies with a twist. He brings together the narratives of two of his standout originals, the 2000’s Unbreakable and 2016’s Split in one explosive, comic book thriller: Glass.

Bruce Willis returns as David Dunn as does Samuel L. Jackson as Elijah Price, known also by his pseudonym Mr. Glass together with McAvoy from Split to deliver a spellbinding performance. It was released in January and the final movie that will conclude the trilogy.

Slick Stuart To join his Fellow Dj Roja at NBS