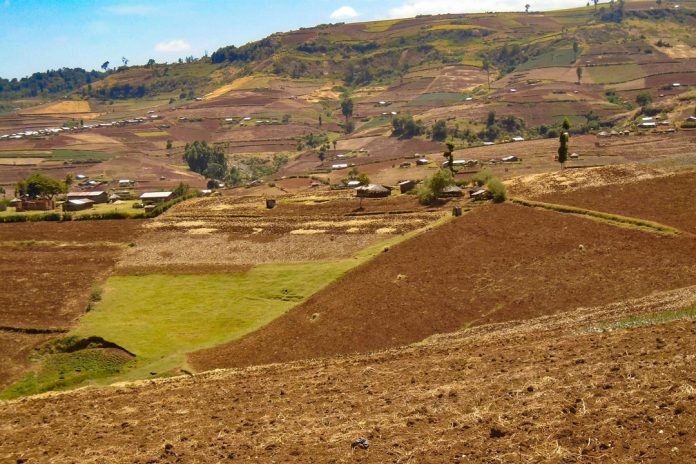 Buganda Land Board Limited has threatened Kalungu Disitrict Local Government with eviction from a Gombolola estate at Kalungu at a time when the district has failed to build its own headquarters due to budget constraints according to press reports last week.

Kalungu, which is one of the Gombololas, in traditional Saza Buddu,once covered present Bukomansimbi and part Ssembabule districts until 1937 when River Kyogya became the natural boundary between Buddu and Mawogola sazas.

Eviction threats came after President Yoweri Museveni has visited Kabaka of Buganda Ronald Muwenda Mutebi II and the former directed
that all the remaining saza and gombolola Official Mailo estates tittles be given to the Kabaka. They are administered by Buganda Land Board Limited .

The President’s directive is in consonance with the NRA Army Council now UPDF Defence Council resolution which sat in Gulu barracks in 1990 and recommended to the then legislature, National Resistance Council,for restoration of institutions of traditional / cultural leaders to areas that still cherished them. It also recommended for giving back to the traditional leaders their legitimate property, in case of Buganda, palaces, Bulange, which was Republic House and Ministry of Defence Headquarters, royal tombs, the traditional institution.

In 1993, NRC amended 1967 Republican constitution to allow restoration of traditional institutions and the Kabaka was crowned on Saturday
July 31st 1993 at Naggalabi Budo. Before this, Government had set up a negotiating team under Gen.Elly Tumwine which interfaced with a Buganda team led by Prof. Apollo Robin Nsibambi. After the two teams failed to agree on when the army would vacate Lubiri barracks, the matter was referred to the President who tasked his then minister for Presidency, Kintu Musoke, who recommended for what could be returned to Buganda and it was returned and what could not be returned by then.Among those that were not recommended by Kintu Musoke included Official Mailo estates of ministers, and saza and gombolola estates,which were set aside under Buganda Agreement of 1900, for local administrations.

According to Odoki Report, 97 of people in Buganda and 65 percent who submitted proposals on form of government, opted for a federal form of government, and in the interim report, Odoki Commission recommended for restoration of traditional and cultural institution of Buganda where it was overwhelming. It also said that people may have confused monarchism and federalism and those recommended a unitary form of government but decentralized at the district. That was what was enacted by the Constituent Assembly in 1995.

However, the 8th parliament, after talks between Central Government led by then Defence Minister Amama Mbabazi and internal Affairs Minister Ruhakana Rugunda, and Buganda team led by the then Katikkiro Joseph Mulwanyammuli Ssemwogerere that included, the then Attorney General John Katende, Minister for Lukiiko, Cabinet, Youth and Information Charles Peter Mayiga, Minister for nkuluze (Kabaka’s Personal Treasury0 Apollo Makubuya, chairperson of Council of clan leaders, Omutaka Kyeyune Bugingo, his predecessor, Omutaka Ndugwa Grace Ssemakula Musoke, Prince David Kintu Wasajja, Kabaka’s personal
representative. When they reached at a stalemate, the President and the Kabaka intervened and a deal for Regional Governments was reached at and put in the constitution in 2005 subject to district councils’approval, which was a constitutional requirement and was also successfully done.

Under the deal, regions of Buganda, Busoga, Bunyoro, Acholi and Lango were deemed to have agreed to form regional governments by July 1st
2006. The rest could join after district council resolutions supported by sub council resolutions. Other regions that are in the constitution are Bukedi, Teso, Bugisu, Sebei, Ankole, Kigezi, Tooro, Rwenzori, West Nile, Madi and Karamoja.

In the same deal, Regional Assemblies would be composed of directly elected members representing parliamentary constituencies and district woman representatives. Then in an area where a traditional leader is the titular head of a regional government, like Buganda, a quarter of the Regional Assembly, would be appointed by the Kabaka from clan leaders, and the Kabaka’s nominees shall form a standing committee of the assembly with exclusive powers on culture including the Kabakaship, and its resolution will be first approved by the council of clan leaders and the Kabaka himself in his capacity as Ssaabataka.

The Chairperson of a Regional Government, in other words a Regional Premier, shall be directly elected by the people from the region but qualifications are only for those who belong to the indigenous community of the region tracing their parents and grandparents to 1927 when Uganda’s final boundaries were demarcated. This was an insistence from Bunyoro fearing a Mufuruki becoming a Katikkiro of Bunyoro.

Unfortunately, the Regional Governments Bill which was tabled in parliament in 2006 has never been debated and the late Kyabazinga of Busoga Henry Wako Mukholi died demanding for operationalization of regional governments so that Busoga, which had united under a charter prior to 2005, could form a region government. Omukama Solomon Gafabusa Iguru is still demanding it. Acholi and Lango parliamentary caucuses have done the same.

In my humble submission, Official Mailo estates of ministers and Sazas and Gombololas, which were for local governments and local administrations, and have nothing to do with culture, are not supposed to be under an institution of traditional and cultural leader unless there is a regional government where that traditional leader is atitular head and it forms a Regional Land board, in case of Buganda, a Buganda Land Board, which is constitutional and or statutory, other than Buganda Land board Limited. Local governments in Buganda like Kalungu, which should be under Buganda Government, should benefit from such estates.