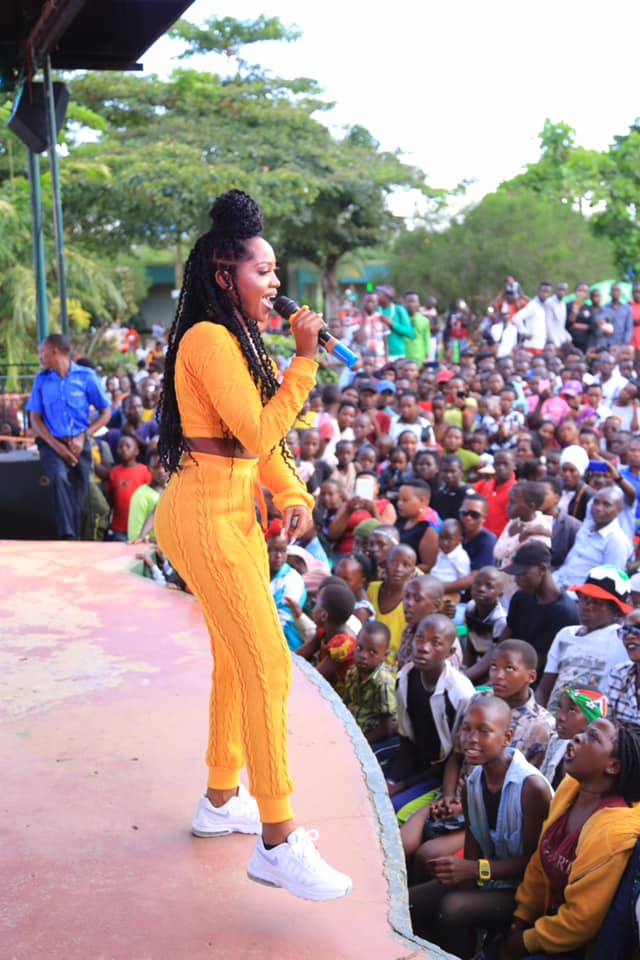 Spice Diana will be staging her third concert on 13th January 2023 at Lugogo cricket Oval.

The star girl is one of the most trending female musicians in Uganda.

She rose to fame in 2014 when she released her single Onsanula which hit the airwaves and became one of the best songs that year.

Ever since 2014, spice Diana has never looked back as she has gone on to produce various songs and held numerous shows that have been a success.

She last held a concert in January 2020 before covid-19, which jeopardized the music industry for over two years.

She has now decided to give her fans a memorable experience by staging a concert this year after a long time without interacting with them.

The Anti Kale singer wrote on her social media “I am loving what I am becoming of developing into a renowned artist in Uganda.  It has been a tough journey, especially for a lady like me but I must tell you I have persevered and succeeded with your support.”

“I have done numerous shows, been on so many platforms, and done loads of full-capacity concerts but I want to give more to my fans for sure.”

“I want to give you an experience never given, I want us to connect more closely on this coming concert,” she promised.