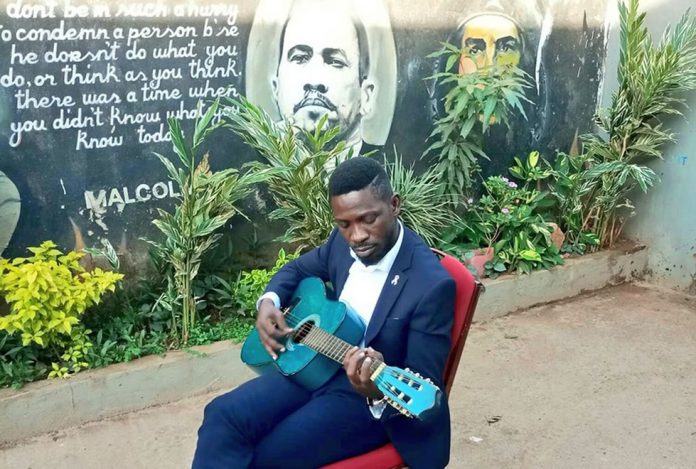 After series of public criticism about his on macro economic terms like fiscal policy, Kyadondo East Member of Parliament and 2021 Presidential hopeful, Hon Robert Sentamu Kyagulanyi (Bobi Wine) is going on the rebound, after suffering a serious public approval setback, over his apparent lack of knowledge of basic principles of nation governing.

The MP last week found himself at the centre of immense criticism and ridicule, after he failed to explain convincingly how he would handle and utilize the country’s revenues, once he’s elected to the highest office on the land.

Hon.Kyagulanyi Ssentamu appeared on a local television NTV’s On the Spot program, Bobi Wine struggled to explain how his fiscal policy would look like, stating at one point that he would arrest military officers as one of his fiscal tools to address Uganda’s inflation.

With many critics leaping on the opportunity to “expose” the MP’s ineptitude, Bobi Wine is now seeking to redeem himself the best way he knows – through music.

The singer-turned politician has now taken to the studio and will soon be releasing a song that explains fiscal policy in ways that his base understands best.
Bobi Wine says his new song titled Fiscal Policy, which features singer Nubian Lee is intended to “just to break down (the economic term) for the common man.
If he ever had the opportunity, he says in the new song, reducing oppressive taxes and raising salaries would be his “simple fiscal policy.”

Recently, under pressure from his opponents mostly on social media, Bobi Wine owned up to his shortfalls, but said he doesn’t need to know everything to become the country’s next leader.

“I’m not a professor and anyone who was expecting a professor in me, I want to tell you, you are in the wrong place,” he said, during the thanks giving event for Hon Francis Zaake.
“It is not me who is going to explain why Bank of Uganda is not working, it’s not me to explain why our currency is depreciating but I know that if the right people are given opportunity, things will improve”.