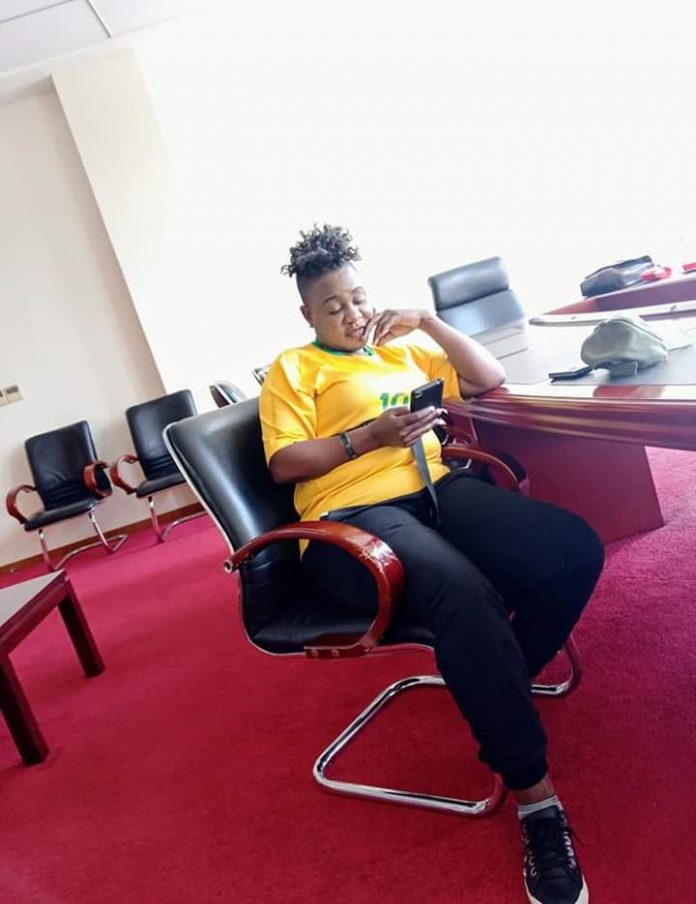 Somi, a talented Ugandan and Rwandan-American artist with band members in Central Park.

Somi, a Ugandan and Rwandan-American singer and songwriter, opened for the southern African performers.  Somi’s music has been described as New African Soul, she is also a jazz artist.

The lovely queen of African Jazz performed songs from her latest album “If The Rain Comes First,” which is one of the top records on Billboard’s world charts.

Ugandans from all over the New York metropolitan area came to see her, including Dr. Ruhakana Rugunda, who recently served as Uganda’s permanent representative to the United Nations.  A group of Ugandans from Dallas, Texas, also attended.

After Somi, Freshlyground took to the stage.  The band is truly pan-African, with its seven members hailing from Zimbabwe, Mozambique, and South Africa.

The group recorded the 2010 World Cup Song “Waka Waka Africa” with Shakira, and is known for its indigenous, afropop, and jazz tunes.

The international crowd was electrified by Hugh Masekela, a Grammy-winning artist who also co-produced the Broadway musical Sarafina, and is known for songs like “Grazing In the Grass.”