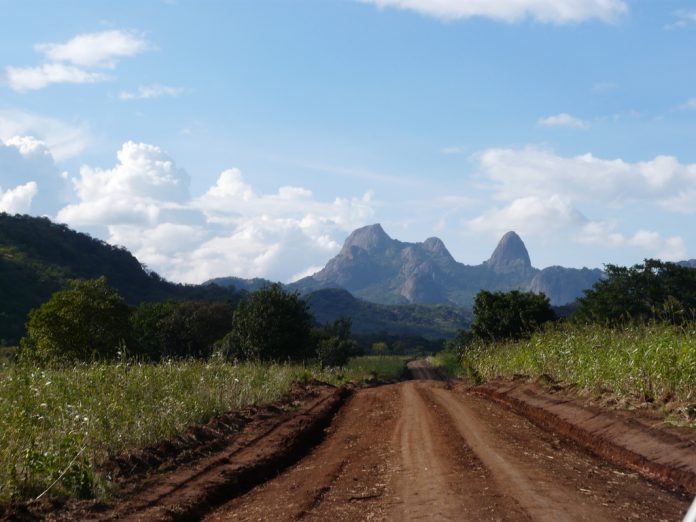 Nominated as Africa’s Leading National Park by World Travel Awards in 2013, Kidepo Valley National Park is indeed a blessed region in the country. The beauty in visiting Kidepo is not only clothed in the many botanical and faunal species that the park boasts of, but also in the novelty of this undiscovered safari and tours destination in Uganda. In fact someone who visits Kidepo joins the list of the lucky few who have tasted the mellifluousness of this virgin land.

High in the rocky cliffs looking over the Narum Valley of Kidepo Valley National Park sits the shell of a half-constructed and abandoned hotel. Taking a walk around the hotel, one gets an idea that the hotel must have been the brain-child of a man with serious ambition.

Imagine spending a whole day traveling by road to the most north eastern remote corner of Uganda. What is it about the Kidepo experience that keeps the average tourist away?

Tucked away in the northeast corner of the country, along the Kenyan and Sudanese borders, Kidepo boasts the highest game-density of all Uganda’s parks. When it comes to awe-inspiring beauty, the landscape of the Kidepo Valley National Park rivals Kenya’s famed Masai Mara National Park.

Although, in terms of acreage, Kidepo Valley is smaller than the national parks of Murchison Falls and Queen Elizabeth , the landscape makes it feel much larger. The entire park stretches over a lush valley; standing almost anywhere in the park offers the same expansive vista: yellow grass dotted with green acacias, surrounded on all sides by craggy mountains. Herds of ear-flapping elephants seem to be everywhere and every visitor I met while at Kidepo had seen a lion.

Everything about visiting Kidepo Valley National Park is fascinating, ranging from the long hours’ drive from Kampala to the roasting rays of sun in the northeastern corner of Uganda. Kidepo is surely the place for those in pursuit of “genuinely real” wilderness Safari and Tour adventures in Uganda; plentifully decorated with over 77 mammalian species, 475 bird species; a variety of wilderness vegetation and the likable topography.

The park in its extensive diversity is home to animals like the Rothschild’s giraffes (only found here and in the parks of Murchison Falls and Mburo); the cheetahs which can only be found here in Uganda; several stripes of black and white (zebras), a healthy population of lions, a vicious population of buffalos and the gigantic elephants.

In addition to the world’s fastest two-legged animal and biggest bird species, the Ostrich, Kidepo holds many more bird species, second to only the western National park of Queen Elizabeth in Uganda (which has 600 bird species). Kidepo’s bird list includes the huge Kori Bustard, the Abyssinian ground hornbill and the Karamoja apalis. Many more Uganda Safaris and Tours should be directed towards this region of the country because it has so many treasures to be discovered.

This 1,442km2 dry area is partially moistened by two major sand rivers called Narus and Kidepo. Although they dry up during the dry season, they at least leave drinking ponds from which the park’s wildlife can quench their thirst as they wait for the next season of light rains. A game drive to the Narus valley allows tourists to see most of the park’s wildlife guarding the banks of the Knars River for the larger part of the year.

The Kidepo Valley though not as endowed as the Narus Valley in wildlife numbers; is one of those places which would easily serve as a muse for the most critical of artists. The Kidepo Valley is a must-reach area for visitors on Uganda Tours and Safaris to Kidepo Valley National Park. The river banks have some of the whitest sand particles in Uganda, and when the riverbanks ally with the Borassus palms; they cunningly attract many of the park’s bird species to this area. Tourists will be impressed at how nice the birds of this area sing; with each bird adding its voice to the song being sung irrespective of whether it sings soprano, bass, tenor or alto.

How to Get There

As in much of Northern Uganda, the low numbers of tourists may have less to do with the quality of the park and much more with the long-standing underdevelopment of the region. As of right now, tourists have two options when it comes to visiting Kidepo: they can fly or drive. At the price of 550 USD per person to fly to Kidepo, driving is the much more affordable option.

Tourists have more options about where to stay while in Kidepo Valley National Park:

Many conservationists and wildlife lovers tell me that they find Kidepo to be the most beautiful of Uganda’s national parks. With the end of regional violence and cattle rustling on the wane, Kidepo Valley seems to be benefiting from renewed drives to attract investment in tourism.

But because tourism relies on some level of regional development even before it can provide the income to perpetuate that development, the question of tourism actually reflects the questions of the region.

Kidepo is the best place to experience the true African wilderness that we watch in the documentaries. Kidepo Valley National Park is unique in so many ways and is one place which holiday travelers will be very thankful for having visited.