Gagamel boss Moses Ssali a.k.a Bebe Cool has come out to clarify why he couldn’t buy the Idea of Dr Jose Chameleone offering a music collaboration to his son Allan Hendrik Ssali.

Last week while appearing on NBS TV After 5, Jose Chameleone said that he could offer a collaboration with Bebe Cool’s son Allan Hendrik to help him register a quick breakthrough song on Uganda’s showbiz entertainment scene following several failed attempts.

However, it remained in question whether Bebe Cool would permit his son to hit studios with Chameleone with whom they have been at loggerheads for a number of years.

As expected by many, Bebe Cool couldn’t buy this, asserting that it is not the right time for his son to have a collaboration with any big star as he wants him to grow up as a self-dependent musician rather than riding on the back of his parent’s success.

“Thank you my comrade Jose Chameleon for your offer to my son Allan Hendrick. But with due respect every man has a way they bring up their children,and as for me i choose to bringing them up so as they are self dependent, not to depend on their parents. 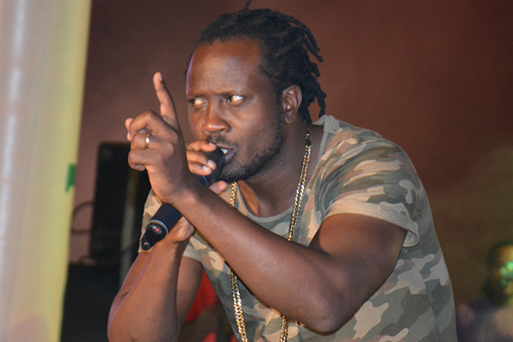 It’s ok for them to make use of the opportunities that surround their parents like you are saying you can do a song with him though I wouldn’t advise him to do that song with you NOW because you are too big compared to him which would make no sense for an upcoming artist like him.

Allow him to go through his baby steps as they teach him much more than what the eyes and ears enjoy so that he can for sure be ready to stand alone against this hush world.“

10 Genius Ways to Have a Perfect Uganda Safari on Budget

Experience Paradise with a Difference in Kidepo